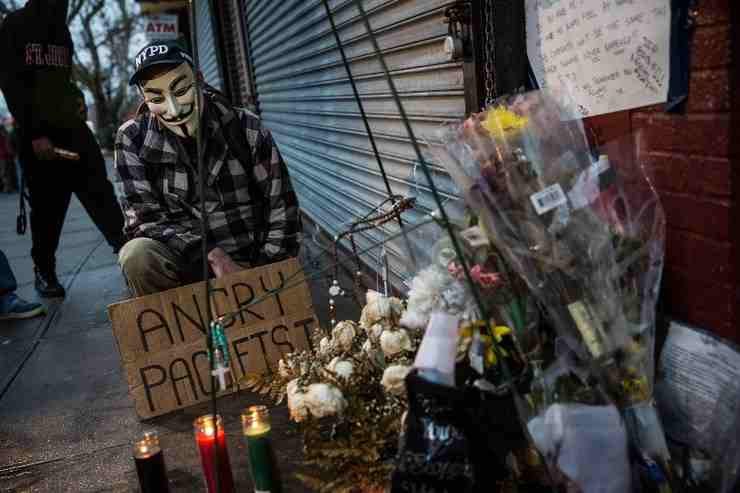 Facebook Twitter Copy URL
Copied
Expectations for the outcome are high, particularly in the African-American community and especially since Pantaleo has not faced charges for his involvement in the case

NEW YORK, USA – A  New York police officer was suspended Friday, August 2, after a judge recommended that he be sacked for placing a black man in a banned choke hold just before his death five years ago.

The landmark case fueled nationwide “Black Lives Matter” protests calling for police to be held accountable for the deaths of unarmed African-Americans in custody or facing arrest.

NYPD Deputy Commissioner and departmental administrative judge Rosemarie Maldonado oversaw the disciplinary process for officer Daniel Pantaleo, who was accused of contributing to the death of Eric Garner, 43, during an arrest on July 17, 2014.

Her recommendation that he be sacked will be examined by New York Police Commissioner James O’Neill, who has the final say. Pantaleo was suspended pending the decision, the police department said.

Expectations for the outcome are high, particularly in the African-American community and especially since Pantaleo has not faced charges for his involvement in the case.

“Today, we finally saw a step toward justice and accountability,” said Mayor Bill de Blasio, who is seeking the Democratic presidential nomination.

“And I hope that this will now bring the Garner family a sense of closure and the beginning of some peace,” he added.

Four officers attempted to arrest Garner on suspicion of illegally selling cigarettes on a sidewalk in Staten Island.

In a video recorded by a bystander, which was posted online and went viral, Pantaleo can be seen putting his arm tightly around Garner’s neck and driving the much larger suspect into the pavement before releasing him.

Meanwhile, another officer pressed Garner’s head to the pavement.

Garner, who resisted arrest but was unarmed, complained 11 times that he could not breathe – a refrain that would become a rallying cry for protesters.

Garner appeared to lose consciousness, and the father-of-six was taken to a hospital where he was pronounced dead.

On July 16, the US Department of Justice determined that Pantaleo would not face federal charges, a decision that Garner’s family slammed as an “insult.”

The decision came after the victim’s family appealed to the Justice Department to consider whether federal criminal or civil rights charges could be brought against one or more of the officers in the case.

A New York state grand jury decided in December 2014 that there was insufficient evidence to support homicide charges against Pantaleo, amid claims that Garner suffered from a heart condition and asthma that could have caused his death. – Rappler.com