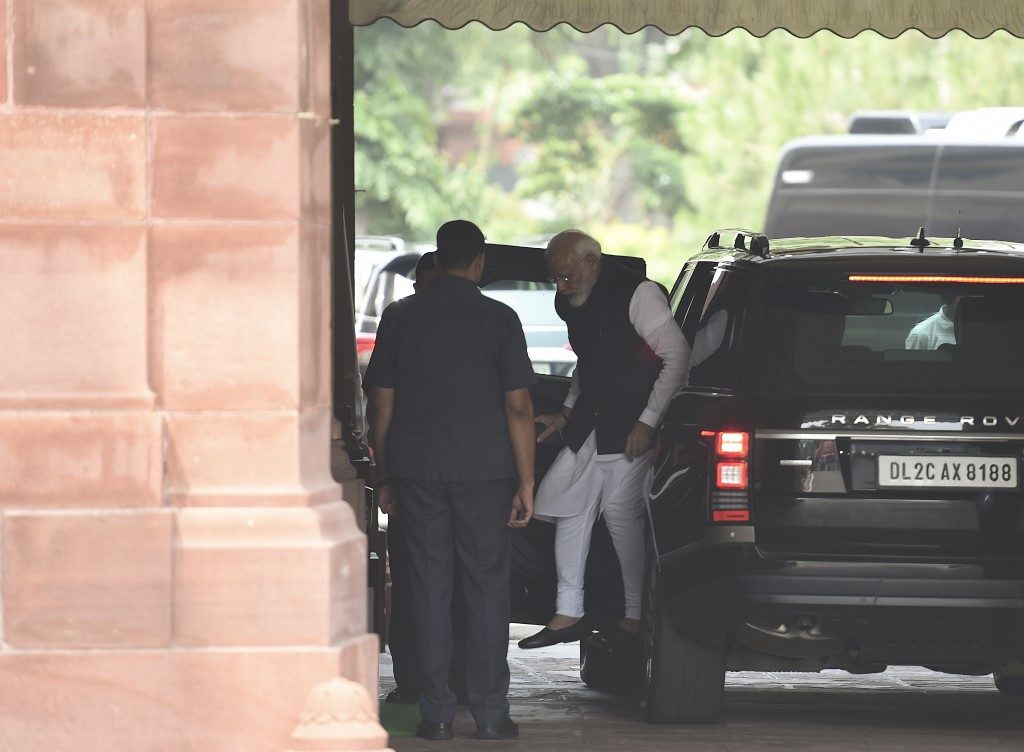 NEW DELHI, India (3rd UPDATE) – The Indian government on Monday, August 5, stripped Kashmir of the special autonomy it has had for 7 decades, prompting a furious response from nuclear-armed rival Pakistan and raising fears of further violence in the Muslim-majority Himalayan region.

India’s Prime Minister Narendra Modi’s Hindu-nationalist party rushed through a presidential decree to scrap from the constitution the Indian-ruled part of the disputed territory’s special status.

It also moved a bill proposing the Indian-administered part of Kashmir be divided into two regions directly ruled by New Delhi.

Ahead of the announcements, tens of thousands of extra Indian troops were deployed in the territory, and a security lockdown was imposed overnight Sunday, August 4, with all telecommunications there cut.

Home Minister Amit Shah, a close ally of Modi, told parliament the president had issued a decree abolishing Article 370 of the constitution, which gives special autonomy to the Himalayan region.

The decree said the measure came into force “at once.”

“As the party to this international dispute, Pakistan will exercise all possible options to counter the illegal steps,” it said in a statement.

A senior Pakistani security source said that a meeting of the Pakistani military’s top commanders had been called for Tuesday.

Kashmir has been divided between India and Pakistan since their independence in 1947.

For 3 decades the Indian-administered part has been in the grip of an insurgency that has left tens of thousands dead.

Armed Kashmiri rebels and many residents have fought for the region’s independence or to join neighbor Pakistan.

There were already growing fears among Kashmiris that the special status would be ditched after Modi’s Bharatiya Janata Party (BJP) obtained a large parliamentary majority in recent elections.

His party had vowed to fulfil a long-held promise to scrap the laws, and many fear New Delhi wants to change the region’s demographics by allowing non-Kashmiris, mostly Hindus, to buy land locally.

The move is set to exacerbate the already bloody rebellion in Kashmir and deepen the long-running animosity with nuclear rival Pakistan which has fought 2 out of 3 wars with India over the territory.

“There will a very strong reaction in Kashmir. It’s already in a state of unrest and this will only make it worse,” Wajahat Habibullah, a former senior bureaucrat in Jammu and Kashmir, told Agence France-Presse (AFP).

The announcement sparked chaotic scenes in the national parliament, and the main opposition Congress party described it as a “catastrophic step.”

But Home Minister Shah sought to allay fears that the government’s actions could fuel fresh violence.

“Kashmir was a paradise, is a paradise and will remain a paradise,” he told parliament hours after announcing the contentious decision.

Finance Minister Nirmala Sitharaman also defended the move, saying India had waited for 70 years to ditch Article 370 “so it is not something we brought out suddenly like a rabbit from a magic hat.”

But condemning what she described as Indian democracy’s “darkest day,” former Kashmir chief minister Mehbooba Mufti tweeted that Delhi’s move was illegal and unconstitutional, and would make India “an occupational force” in the state.

The announcement follows days of uncertainty in the region that began on Friday, August 2, when New Delhi ordered tourists and Hindu pilgrims to leave “immediately.”

All phones, internet services and cable networks in the restive Himalayan region of more than 7 million people were cut at midnight, and only residents issued with a curfew pass were allowed on the streets.

Article 370 of the Indian constitution gave special status to the state of Jammu and Kashmir.

It limited the power of the Indian parliament to impose laws in the state, apart from matters of defense, foreign affairs and communications.

A senior government source told AFP the move would be a boon for development in the region.

“While the intent (of Article 370) was to localize the opportunity for locals, it discouraged investments since (other) people couldn’t own land or bring in outside workers,” the official said. – Rappler.com