U.S. says will deny citizenship to immigrants who use public benefits 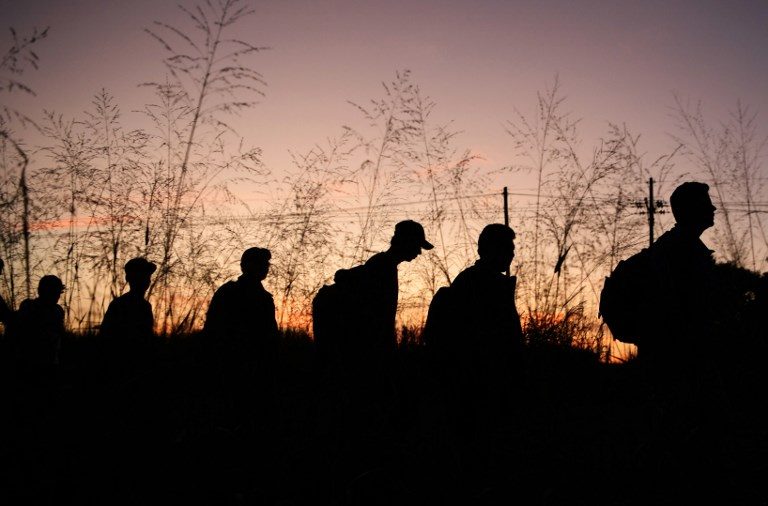 Facebook Twitter Copy URL
Copied
Announcing a new definition of the longstanding 'public charge' law, the White House says migrants will be blocked from entering the country if they are likely to need public assistance

The new rules threatened to set back the citizenship hopes of millions of mostly Hispanic migrants who work for low wages and depend in part on public services to get by.

It also appeared to close the door for impoverished and low-skilled migrants outside the country hoping to legally obtain a foothold in the United States.

Announcing a new definition of the longstanding “public charge” law, the White House said migrants will be blocked from entering the country if they are likely to need public assistance.

In addition, those already here and using public services will not be able to obtain green cards or US citizenship.

“To protect benefits for American citizens, immigrants must be financially self-sufficient,” Trump said in a White House statement.

“Large numbers of non-citizens and their families have taken advantage of our generous public benefits, limited resources that could otherwise go to vulnerable Americans,” the statement said.

The ruling could impact some 22 million non-citizen legal residents of the country, and the estimated 10.5 million unauthorized immigrants, most of them long-term residents.

The White House said that half of all non-citizen households include at least one person using Medicaid, the government-run health program.

It said that 78% of households headed by a non-citizen with no more than a high school education use at least one welfare program.

“Through the public charge rule, President Trump’s administration is reinforcing the ideals of self-sufficiency and personal responsibility, ensuring that immigrants are able to support themselves and become successful here in America,” said Ken Cuccinelli, acting Director of US Citizenship and Immigration Services. – Rappler.com