Shenzhen: The border city a world away from Hong Kong 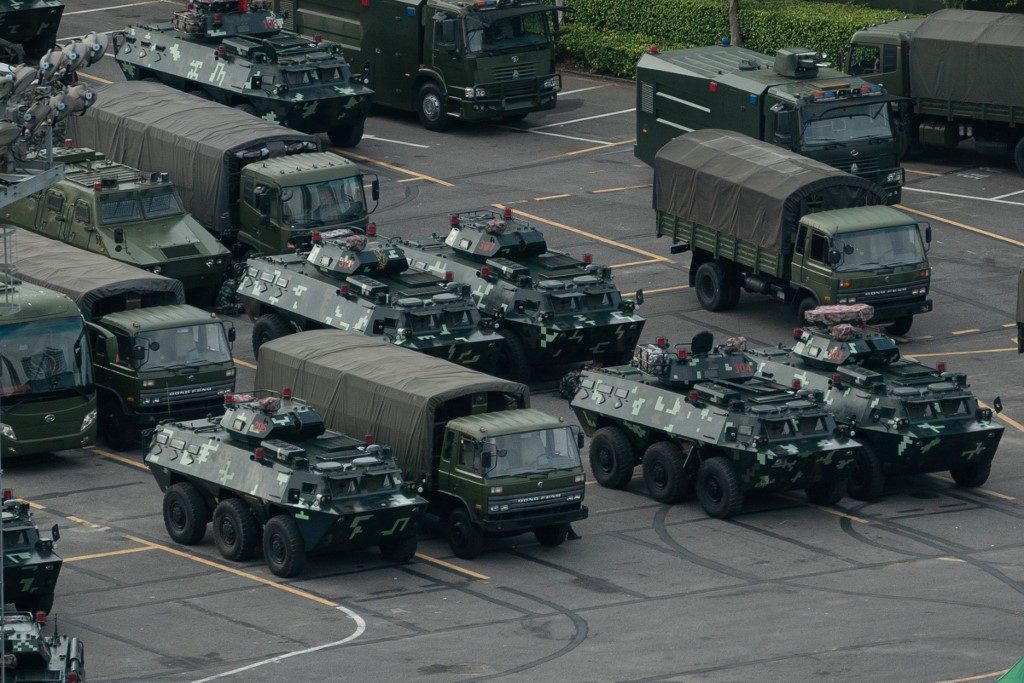 Facebook Twitter Copy URL
Copied
In the sprawling mainland city known for its high-tech market, many Shenzhen residents say they do not support the protests in Hong Kong, which has seen 10 weeks of pro-democracy rallies

SHENZHEN, China – The southern Chinese metropolis of Shenzhen borders the semi-autonomous territory of Hong Kong, but calls for greater freedom from protesters in the Asian financial hub meet with short shrift among their mainland neighbors.

In the sprawling mainland city known for its high-tech market, many Shenzhen residents tell AFP they do not support the protests in Hong Kong, which has seen 10 weeks of pro-democracy rallies.

“They’re just ruining themselves,” said one taxi driver, who did not want to give his name due to the sensitivity of the topic.

“What can they do when their economy goes and no travellers want to visit?”

Crossing between the cities is not straightforward for mainlanders, who need to get an entry-exit permit and face limits on the number of times they can travel to Hong Kong, which enjoys rights unseen in mainland China.

Shenzhen was dragged into the unrest after Chinese state-run media reported that elements of the People’s Armed Police were assembling there.

In recent days state media have broadcast images of Chinese military forces and armored personnel carriers in the city – raising fears of a possible military intervention by Beijing.

‘They’ve had it good’

The former British colony of Hong Kong returned to Chinese rule 22 years ago, and operates under a “one country, two systems” framework which gives citizens the right to protest and enjoy freedom of speech.

Across the border, Shenzhen sits behind the “Great Firewall” that restricts access to news and information and allows the government to censor and push its own narrative.

Hong Kong protestors have argued their rights are being eroded by an increasingly assertive Beijing – but these views find little support on the streets of Shenzhen.

“The Communist Party isn’t afraid when things are stirred up,” said one resident surnamed Chen.

“Young people don’t really think, they’ve had it good,” says another, speaking on condition of anonymity.

After initially scrubbing any mention of the Hong Kong demonstrations from the internet in June, the government later blamed the protests on collusion with “Western forces”, before this week dubbing them “the beginning of terrorism”.

Beijing’s claims that foreign forces are involved in the Hong Kong protests have also found support in Shenzhen.

“The Americans have surrounded our country,” one man surnamed Feng told AFP.

“It’s definitely foreign influence – they pay students and those with no jobs to… stir up trouble and demonstrate.”

But despite the difference in views found on the street, Shenzhen and Hong Kong are moving ever closer all the time.

After it was given “Special Economic Zone” status, Shenzhen transformed from a sleepy fishing village to a technological juggernaut.

Beijing has now made it a key part of its “Greater Bay Area” plan, which plans greater integration between Hong Kong, Macau and mainland Guangdong province, where Shenzhen sits.

A new high-speed train between Hong Kong and Shenzhen launched in September with Chinese security stationed in the territory for the first time at the new West Kowloon rail terminus.

And even among those who agree with the protesters’ cause say they find it hard to know where to express support.

Mainlanders can face discrimination in Hong Kong – including over the use of Mandarin instead of the Cantonese spoken in the financial hub – and this week two mainlanders were beaten at the city’s airport by protesters who suspected they were spies.

“They have every right to (fight for their rights),” said one worker who says he has travelled between the two cities for the last 20 years.

“I wanted to go down to Hong Kong and check the protests out but I’m scared (that) if you speak Mandarin, they’ll attack you.” – Rappler.com