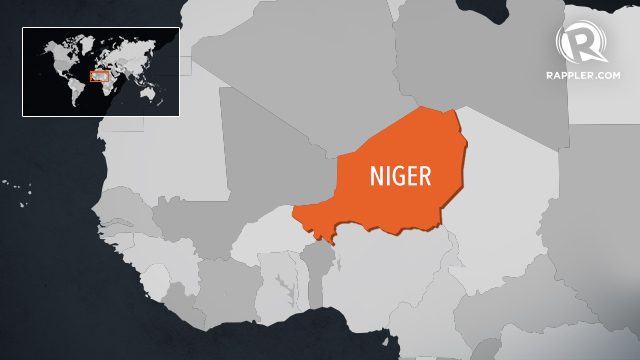 Facebook Twitter Copy URL
Copied
11 of the 12 killed were shot, says a local official from the Niger village

NIAMEY, Niger – A night raid blamed on Boko Haram has left a dozen villagers dead in southeastern Niger on the frontier with Nigeria, a local official said Saturday, August 24.

The attack on Friday night, August 23, in the border district of Gueskerou, is the latest to hit the Diffa region near Lake Chad, which is crisscrossed by militant groups and traffickers who murder and kidnap people in local communities as they compete for money and influence. (READ: 5 years after Boko Haram kidnap, 112 Chibok girls still missing)

“Twelve villagers were killed on Friday at around 8 PM by Boko Haram elements,” a local elected official told Agence France-Presse. He said 11 of those killed had been shot, but did not give further details.

The Gueskerou area, abutting the Komadougou Yobe river that provides a natural frontier between Niger and Nigeria, has been exposed to years of killings and kidnappings at the hands of the Islamist extremist group Boko Haram. (READ: Nigeria insists Boko Haram ‘defeated’ after 10-year insurgency)

In March, 2 attacks in the area left 8 civilians and 7 police dead.

A regional military coalition is battling the group, but at least 27,000 people have been killed in Nigeria alone. – Rappler.com