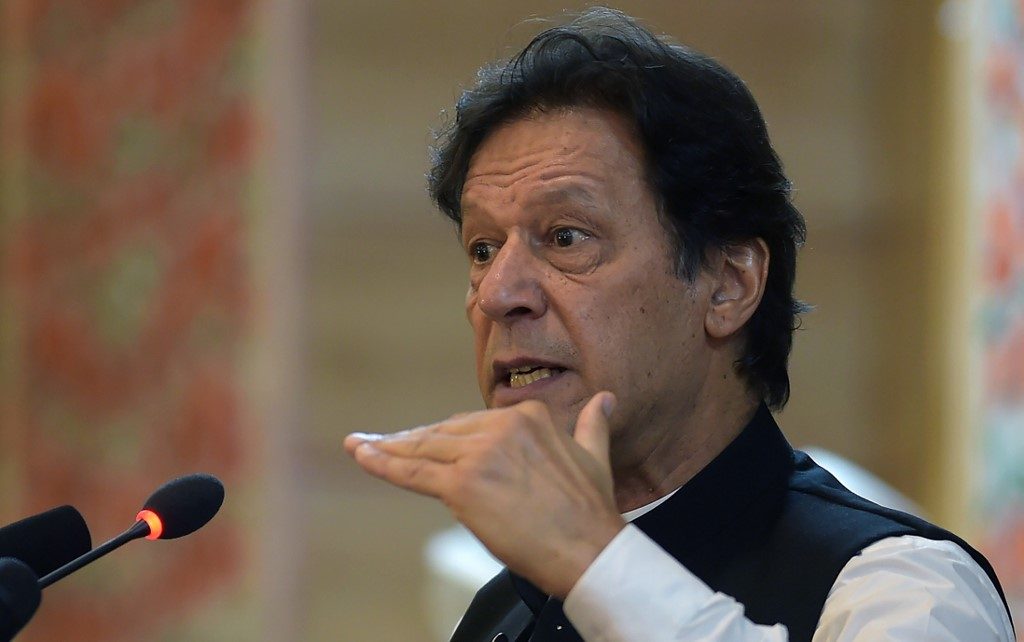 ISLAMABAD, Pakistan – Pakistan Prime Minister Imran Khan has called for mass demonstrations across the country to protest against Delhi’s actions in Indian-administered Kashmir, as tensions between the nuclear-armed rivals continued to boil.

“I want all Pakistanis to come out tomorrow (Friday) 12 noon-12.30 pm to show solidarity with the Kashmiri people,” Khan wrote on Twitter, adding: “We must send a strong message to Kashmiris that our nation stands resolutely behind them.”

Khan has asked for weekly nationwide rallies until he leaves for New York next month to attend the United Nations General Assembly, where he vowed to raise the issue.

Tensions have soared in the wake of Prime Minister Narendra Modi’s move to strip India’s portion of Kashmir of its autonomy and bring it under Delhi’s direct rule.

The area is currently in its fourth week of a wide-ranging communications blackout with severe restrictions on movement. Thousands of people have been arrested, sources have told Agence France-Presse.

Kashmir has been divided between the two countries since independence, and has been the spark for two major wars and countless clashes between the arch-rivals.

In February, the neighboring countries again came close to all-out conflict, after a militant attack in Indian-held Kashmir was claimed by a group based in Pakistan, igniting tit-for-tat air strikes.

Khan’s renewed calls for protests came as the Pakistani military announced earlier Thursday, August 29, the testing of a surface-to-surface ballistic missile, with the army’s spokesman saying the weapon was “capable of delivering multiple types of warheads.”

“This is intended to project an alarmist situation which is far from ground realities,” foreign ministry spokesman Raveesh Kumar told a regular press briefing. – Rappler.com