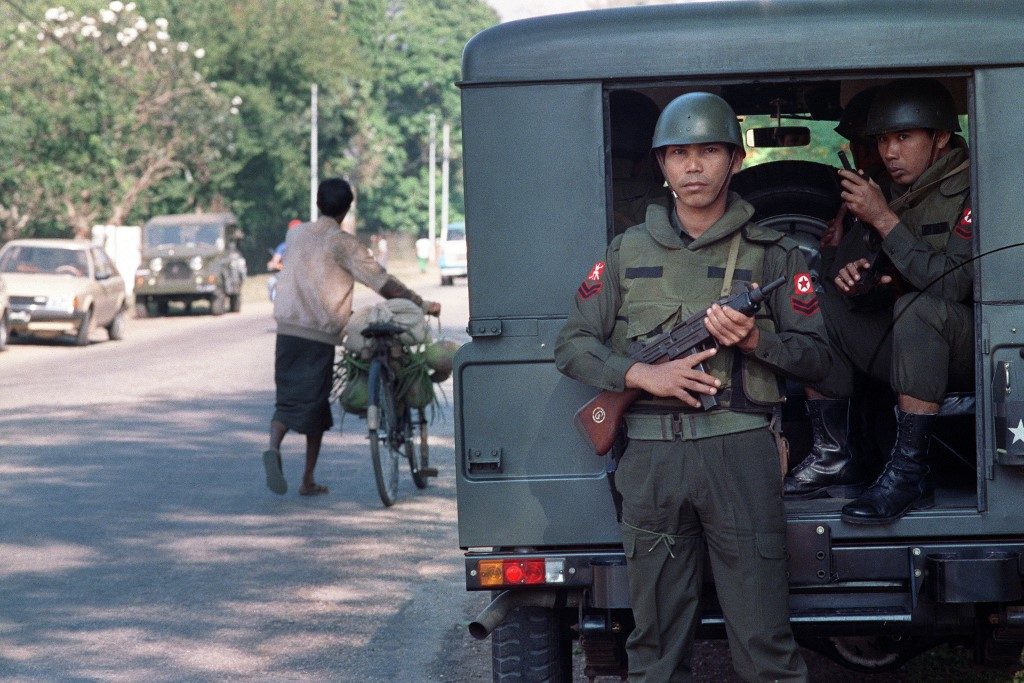 MANILA, Philippines – When he was in primary school, Ko Swe Win’s favorite device was the radio. He would help his father set up the radio every day, tinkering with the buttons so it was properly set to news in Burmese.

Radio sets in Myanmar then were strictly tuned to government-approved stations. But if you knew where to get a smuggled radio set, you could listen to uncensored news produced overseas.

Some days, Swe Win and his father would tune in to BBC. On other days, to Voice of America. Sometimes Radio Free Asia. It didn’t matter which of these foreign channels he and his father were tuned into – they all repeated the same news anyway, Swe Win recalled. Reporting was highly restricted for both local and foreign journalists then. Information was a luxury.

“I got addicted to listening to the news during those days, around the same time I developed a passion for literature. These two things combined make me who I am today,” he said.

At 41, Swe Win is the youngest 2019 Ramon Magsaysay awardee. The foundation conferred upon him Asia’s equivalent of the Nobel Prize on Monday, September 9, for his “incorruptible sense of justice and unflinching pursuit of the truth on crucial but underreported issues, and his resolute insistence that it is in the quality and force of media’s truth-telling that we can convincingly protect human rights in the world.”

Swe Win is the editor-in-chief of Myanmar Now, an independent online news organization with a readership of over 350,000. The publication specializes in collaborative investigative journalism, claiming to be “an independent news service providing free, accurate, and unbiased news to the people of Myanmar in Burmese and English.”

He has been with the Yangon-based news outlet since it was established in 2015, starting out as a senior correspondent. He now leads a team of 30 to produce investigative reports on pressing issues of Burmese society.

The Myanmar Now team have written about rape in a monastery, underage sex work, dirty business, and militarized training for civil servants.

It has not been an easy job.

‘Journalism did not exist’

Swe Win’s love for truth began in his boyhood as he listened to the radio. It grew in university as he studied English literature and read translations of Fyodor Dostoevsky and Leo Tolstoy. But he developed grit in prison.

He was apprehended in 1998, along with 67 others, for being part of demonstrations against the ruling military junta led by Than Shwe. A 21-year-old university student, he was caught handing out propaganda materials against the ruling dictatorship. Back then, everything was controlled by the Tatmadaw, Myanmar’s military.

“Journalism did not exist,” Swe Win said. “We had a strong press about 60 years ago, before our first military coup in 1962. But after 1962, journalism stopped existing.”

Myanmar gained independence from British rule in 1948. That same year, The Nation, Myanmar’s most influential English-language newspaper, was established. At its helm was Edward Michael Law-Yone, a Ramon Magsaysay awardee like Swe Win.

The young nation was beset by economic and social unrest, with the ruling civilian government calling on the military to intervene in civilian affairs. Support for the civillian government eroded as acceptance of the military rose. This culminated in a coup d’état  in 1962, which marked the beginning of totalitarian rule in the country.

The Nation, a nascent symbol of Burmese journalism, was shut down the following year, and its founder exiled in 1970.

Swe Win spent 7 years in 3 different prisons for opposing military rule. Three of those 7 years were spent in solitary confinement. During those gruelling days, he found solace in a copy of the Oxford English Dictionary, which he acquired by bribing prison staff, he recalled. He hid the book in a crevice he had dug out in his cell.

In prison, he not only studied English but also meditated and strengthened his Buddhist faith. He was released from prison in 2005, and from then on, learning only continued for Swe Win.

After his release, he took an online undergraduate program. Later in 2009, he finished a master’s degree in journalism at Hong Kong University on a scholarship. He lived in Thailand for a while but returned to Yangon in 2012, eventually working as a stringer for Al Jazeera and The New York Times.

“We didn’t have a role model in journalism locally, so it was difficult,” Swe Win said of his first days as a reporter. “Our generation is really just starting the rebirth of journalism in Myanmar,” he added.

As Swe Win began his career in journalism, Myanmar again went through massive political change. After almost 50 years of direct military rule, Myanmar shifted to a nominally civilian government in 2011, led by a retired military official. The parliament was packed with men who had at one point been in uniform.

This ushered in an era of gradual reform. Over a hundred political prisoners were released. Labor laws allowing unions were passed. The United States and European Union eased sanctions in the country. Privately owned newspapers were to be allowed.

But it is still a country in transition, and to be a journalist in Myanmar means being in a ceaseless balancing act.

“We don’t have the proper atmosphere [for journalism], even now. We may have had some political changes, as a result of which we have limited freedoms, but they are very limited freedoms,” Swe Win said.

According to a 2013 report by Internews, “the possibility of publishing daily newspapers – formerly a privilege only open to state media – had emerged” in Myanmar following the shift to civilian rule.

But the same organization reported 5 years later, in 2018, that many publications folded and publishers went bankrupt. “The much-celebrated move towards public service media has not materialized,” the report said.

“Journalists believe that legal, physical, and psychological violence towards them has increased, and that there is little evidence that the government or courts are trying to address either violence or the decline in media freedom,” FEM said in a 2018 report.

The difficulty, said Swe Win, could be traced back to unrelenting military influence and the skewed legal system.

“In the military era, if you write something, you know what’s going to happen. These days, the boundaries are blurred,” Swe Win said.

In 2017, two Reuters journalists who exposed a massacre of Rohingya Muslims in Rakhine state were arrested and later sentenced to 7 years in jail for violating the Official Secrets Act. Wa Lone and Kyaw Soe Oo would later be freed on presidential amnesty, but not without immense international pressure. Aside from uncovering anything related to the powerful Burmese military, touching on religious and ethnic tensions is another thing that can get a journalist in hot water.

Swe Win knows this very well, as he faced a defamation charge in 2017 for criticizing powerful, ultranationalist Buddhist monk Ashin Wirathu, who has rejected the stateless Rohingya as illegal immigrants and has spread hate speech against human rights activists.

The monk also compared Muslims to mad dogs, and falsely posted pictures of dead bodies claiming they were Buddhists and that they were brutalized and killed by Muslims, a religious minority in the majority Buddhist country. He also praised the assassins of slain Muslim lawyer Ko Ni, who was a vocal critic of military rule.

Myanmar Now published an article about Wirathu’s reaction to the murder, and Swe Win shared the article on his Facebook profile, prompting a Wirathu supporter to file a defamation case against him.

From 2017 until the case was dropped in 2019, Swe Win had to make the  650-kilometer trip from Yangon to Mandalay – an hour by plane, 8 hours by train or taxi – to attend hearings that usually lasted for just 5 minutes. Sometimes he would have to stay in Mandalay overnight, as he would have to see the judge assigned to his case twice on two separate days. These court formalities cost a lot for a journalist on a modest salary.

“It’s quite dangerous. Many media outlets, including Myanmar Now, have done a lot of self-censorship, I think. When it comes to reporting on the nationalist movement, actually anything that involves powerful players, it’s difficult actually to report on these issues,” Swe Win shared.

“What we do is we stop posting all our stories to our personal social media accounts; we no longer make comments about the stories we produce. We have to be very cautious, sometimes in an unnecessary way,” he added.

This contradiction between the supposed shift toward democracy and the persistent attacks on the press makes journalism an existential issue for many journalists in Myanmar.

Swe Win said the interpretation of what journalism is remains controversial. In Myanmar, he said, people think of journalism either as a tool to protect national security or to protect the major religion or ethnicity. 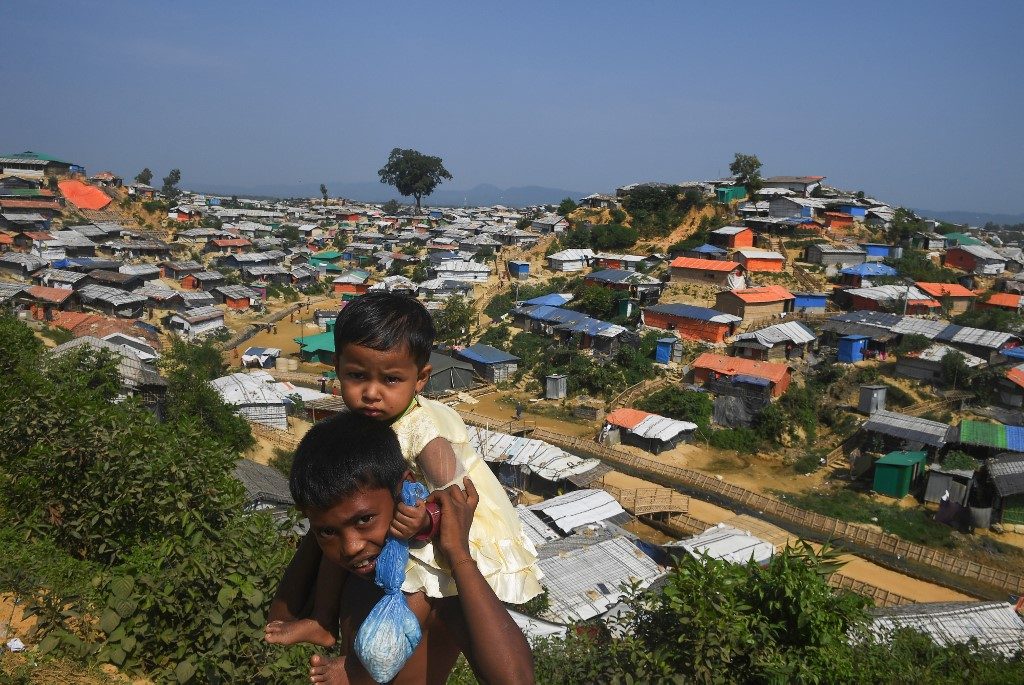 These are wrong interpretations for Swe Win, because he believes journalism should not serve those in power. “My philosophy is journalism is justice with a base of love for the most unfortunate individuals and communities in society,” he said.

“Any issue or event regarding human rights abuses like violence against women and children, like recruitment of child soldiers, human trafficking and slavery, anything that involves a bit of injustice is worthy of a great story [and a] great investigation,” he said.

This philosophy shines through in Swe Win’s work.

In 2016, after a trip to a local clothes shop, he noticed in the store two girls with knife wounds on their hands. He suspected abuse and called the police first. Eventually, he wrote a story about the girls, also exposing a practice not uncommon in Myanmar and Southeast Asia: the recruitment of young women into domestic work, forbidden from reaching their families, battered, unpaid, starved.

In 2018, he worked on a story about prison labor in Myanmar’s northern Sagaing Region as the country saw the dawn of democratic reforms. He spoke to current and former prison officers, senior prison department officials, former inmates, and village elders, creating a network of sources for his story. Their conversations, on top of documents he acquired, helped him uncover efforts by prison officials to conceal inmates’ deaths due to torture.

But a sense of justice is not enough. Journalists should not forget the fundamentals of the job, Swe Win said. This means talking to people, taking notes, taking pictures, being observant, and always being curious. These, when coupled with compassion, create good journalism, according to the Myanmar Now chief editor.

“My philosophy is, journalism is justice with a base of love for the most unfortunate individuals and communities in society.”

The work gets difficult, but in a society like Myanmar, there are always stories to be told.

“It’s painful to be a journalist when you don’t have proper government, proper laws, and judiciary. But at the same time, it’s rewarding,” Swe Win said. “You see misery and injustice, you have to write about it.”

Even with the threat of arrest or assult hanging over him, Swe Win said he does not plan to quit journalism.

“It’s in my blood, I think. I don’t always want to be a journalist. Sometimes I wish to take a less risky, less dangerous job, but it’s in my blood.” – Rappler.com