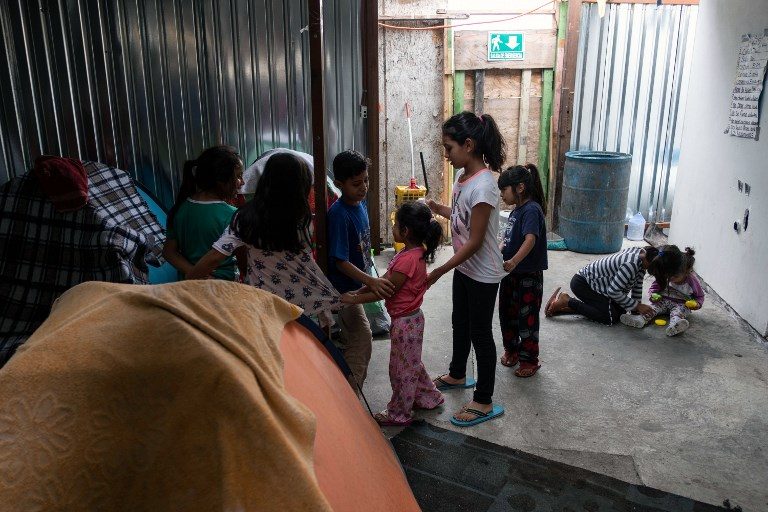 WASHINGTON, USA – The US Supreme Court on Wednesday, September 11, allowed President Donald Trump’s administration to implement asylum restrictions that prevent most Central American migrants from applying at the US border.

The decision – temporarily in effect while lower court proceedings play out – is a victory for Trump’s restrictive immigration policies, which he has made a central pillar of his presidency but which have been repeatedly challenged in court.

The top court stayed a decision by a lower court that had blocked the restrictions, which declare ineligible for asylum any migrants who enter the United States from the southern border and who have not asked for asylum protection in any of the countries they crossed to get to there.

Justice Sonia Sotomayor, dissenting from the decision, wrote that: “Once again the Executive Branch has issued a rule that seeks to upend longstanding practices regarding refugees who seek shelter from persecution.”

“In effect, the rule forbids almost all Central Americans… to apply for asylum in the United States if they enter or seek to enter through the southern border, unless they were first denied asylum in Mexico or another third country,” she wrote.

Trump took to Twitter to hail the move, saying, “BIG United States Supreme Court WIN for the Border on Asylum!”

The decision “greatly helps build on the progress we’ve made addressing the crisis at our southern border and will ultimately make American communities safer,” White House Principal Deputy Press Secretary Hogan Gidley said in a statement.

Lee Gelernt, an attorney with the American Civil Liberties Union, one of the groups challenging the asylum restrictions, expressed hope that “we’ll prevail at the end of the day.”

“The lives of thousands of families are at stake,” Gelernt said in a statement.

Democrats in the House of Representatives made a similar point.

“Lives will be lost. This rule will result in those fleeing fear and persecution to be turned away at our doorstep and will only exacerbate the humanitarian crisis in the region,” House Judiciary Committee Chairman Jerrold Nadler and Zoe Lofgren, who chairs the immigration and citizenship subcommittee, said in a joint statement.

“The United States can and must do better.”

House Foreign Affairs Committee chairman Eliot Engel said that “for many refugees, this is life and death.”

The asylum restrictions target the flow of migrants from Central America and other countries who have tried to cross into the United States from Mexico and request asylum.

These requests – often made by families saying they have fled endemic violence and poverty in their countries – allow the applicants to remain in the United States and to move around freely while their cases are adjudicated, which can take two years.

The policy is among a host of measures Trump has taken in a bid to stem the flow of migrants, including the deployment of troops at the southern border.

Official statistics show the number of people apprehended or declared inadmissible at the southern border has dropped to around 64,000 in August, from more than 144,000 in May.

The Pentagon said Tuesday, September 10, that it will keep up to 5,500 military members at the border for the coming year to help combat illegal immigration.

It has also announced that it would divert $3.6 billion in funds for construction of an anti-migrant wall on the frontier, which Trump repeatedly promised that Mexico would pay for.

The diversion of the Pentagon funds to border wall construction was justified under a controversial emergency declaration made by Trump after Congress repeatedly denied the president money for the project.

Mexico said last week that it has slashed undocumented migration to the United States by 56% since May, and the steps it has taken have drawn praise from Washington. – Rappler.com