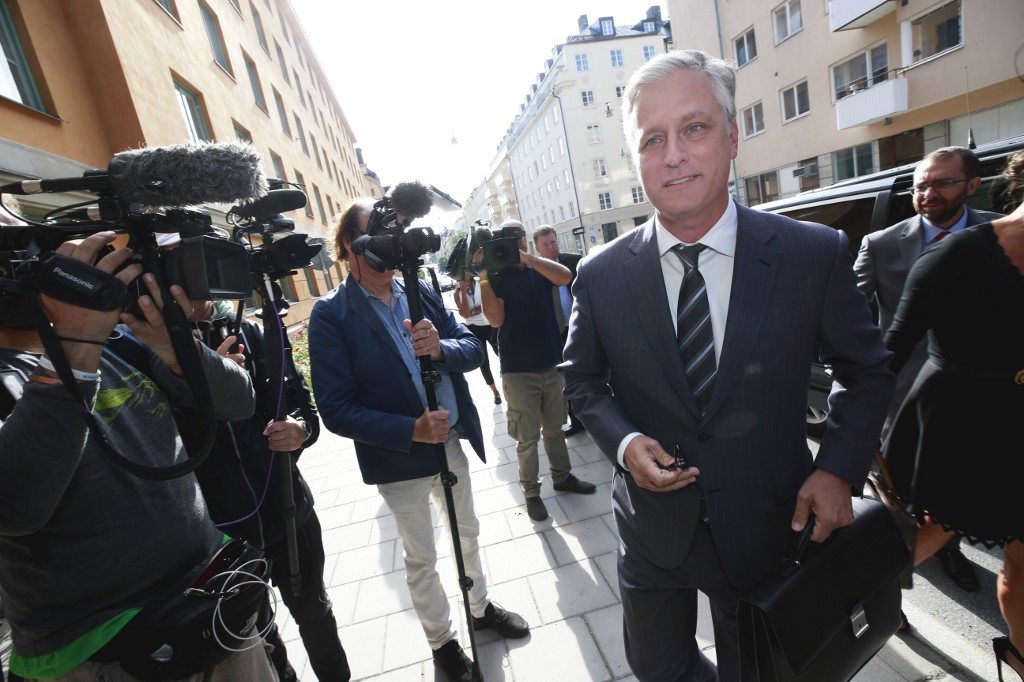 “I have worked long & hard with Robert. He will do a great job!” Trump tweeted.

Last week, Trump abruptly fired John Bolton, a vigorous proponent of using US military force abroad and one of the main hawks in the administration on Iran.

O’Brien has until now served as Trump’s envoy for situations involving US hostages abroad.

He comes into the new job with backing from Secretary of State Mike Pompeo and senior Republicans in Congress.

Bolton, by contrast, was a highly controversial figure in Washington. His instincts for an aggressive, interventionist foreign policy were at odds with Trump’s more isolationist stance.

Bolton “wasn’t getting along with people in the administration who I consider very important” and “wasn’t in line with what we were doing,” Bolton said.

He arrives just as Trump is coming under pressure from some in Washington to go to war with Iran in retaliation for an attack on oil facilities in Saudi Arabia last weekend that has been blamed on Tehran.

Moments before naming O’Brien as his new advisor, Trump announced he was ordering “substantially” increased sanctions against Iran, which is already buckling under US economic pressure.

A longtime lawyer and foreign policy advisor to Republicans, O’Brien has become one of Trump’s favorites for his work on behalf of Americans held prisoner in far-flung places including North Korea and Turkey.

While such cases are termed “hostages” by Trump, this is far from always true. In the most unusual episode, O’Brien was dispatched to US ally Sweden to attend the trial of US rapper ASAP Rocky, who was accused of assault.

Although Bolton was seen as the ultimate representative of the neo-con wing in the Republican party, cheering for war in Iraq and pushing for regime change in Iran, O’Brien will bring his own hard edge to foreign policy.

In his 2016 book “While America Slept,” O’Brien criticized what he called then outgoing president Barack Obama’s attempt to present a more collaborative, dovish United States.

This meant “autocrats, tyrants, and terrorists were emboldened,” he argued.

“In the face of rising challenges around the world, it is time to return to a national security policy based on ‘peace through strength,'” he wrote.

“A strong America will be a nation that our allies will trust and our adversaries will not dare test.”

O’Brien will find a stacked in-tray waiting for him at the White House, with Iran at the top of the pile.

While there are loud voices in Washington calling for the bombing of Iran following the Saudi oil facility strikes, Trump’s instinct so far has been to resist expanding US foreign military entanglements.

Another vexing item for Trump is Afghanistan, where he has repeatedly said he wants to wind down the two-decade US military presence.

Peace talks with the Taliban and a surprise planned meeting between the insurgents and Trump himself, something apparently opposed by Bolton, were scrapped earlier this month.

Even bigger, if not such immediately combustible foreign policy headaches include the huge trade war with China and fears of a new arms race with Russia. – Rappler.com