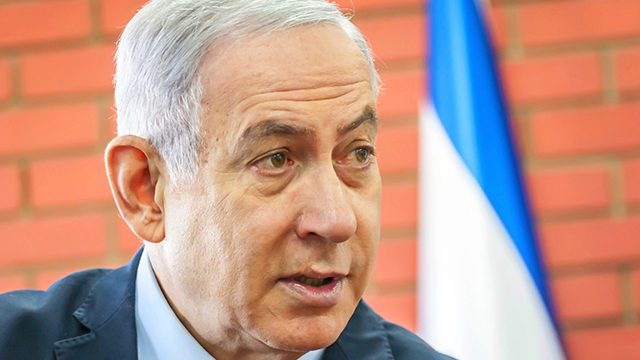 JERUSALEM (3rd UPDATE) – Israeli Prime Minister Benjamin Netanyahu and his main challenger Benny Gantz were in a standoff over calls for a unity government on Thursday, September 19, as election results put the premier’s long tenure in office at risk.

In a major development following the polls on Tuesday, September 17, Netanyahu said he preferred to form a right-wing coalition, but the results showed it was not possible.

He urged Gantz to join him in forming a unity government instead, and the two men shook hands when they crossed paths at a memorial event later.

But on Thursday afternoon, Gantz made clear that he would have to be prime minister of a unity government, noting that results so far put his centrist Blue and White two seats ahead of Netanyahu’s right-wing Likud.

Despite Gantz’s slim lead, neither has an obvious path to form a majority coalition, and the Blue and White leader has made several calls for a unity government since polls closed on Tuesday.

Netanyahu’s stark admission came as the results threatened his status as the country’s longest-serving prime minister while he faces possible corruption charges in the weeks ahead.

“During the elections, I called for the establishment of a right-wing government,” Netanyahu said in a video message.

“But unfortunately the election results show that this is not possible.”

He went on to call on Gantz to form a “broad unity government today.”

Speaking to journalists, Gantz said: “The public voted clearly in favor of unity.

“Blue and White has at the time I am speaking won 33 seats, while Netanyahu has not obtained a sufficient majority to form a coalition as he hoped.”

The ex-military chief, who mounted his challenge to Netanyahu without any prior political experience, went on to say: “We will listen to everyone, but we will not accept mandates imposed on us.”

Netanyahu responded with a statement shortly after saying he “was surprised and disappointed that at this time Benny Gantz still refuses to respond to my call to meet.”

Israeli President Reuven Rivlin, who must choose who will form the next government, welcomed Netanyahu’s call for a unity coalition.

“I hear, loud and clear, the voices calling for a broad and stable national unity government,” he said at the memorial, held to mark the third anniversary of the death of veteran statesman Shimon Peres.

“And I congratulate you, Mr. prime minister, on joining that call this morning.”

Netanyahu was seeking to seize momentum by announcing his intention to form a unity government and head off attempts to oust him.

Blue and White has in the past sought to appeal to members of Netanyahu’s right-wing Likud to abandon him and form a unity government with it.

But there has so far been no signal that any Likud members would be willing to do that, and in his speech following the closure of Tuesday’s polls Gantz made no such demand.

Official results have not been announced, but Israeli media have reported that Blue and White has 33 parliamentary seats and Likud 31 out of 120 with 97% of the votes counted.

Ex-defense minister Avigdor Lieberman has emerged as a potential kingmaker, with the reported results showing his nationalist Yisrael Beitenu party with 8 seats.

Israel’s newly reunified Arab parties, running together under the Joint List alliance, have also emerged as an important force, with the reported results showing them with 13 seats – the third-largest.

Joint List leader Ayman Odeh could potentially emerge as the country’s first-ever Arab opposition leader if a unity government between Blue and White and Likud is formed.

After complete, official results are in, Rivlin will hold consultations with all parties voted into parliament and then choose someone to try to form a government.

It will be the second time he has done so since April.

Netanyahu suffered one of the biggest defeats of his political career after April elections.

His Likud along with its right-wing and religious allies won a majority, but he failed to form a coalition and opted for a second election rather than risk having Rivlin choose someone else to try. – Rappler.com