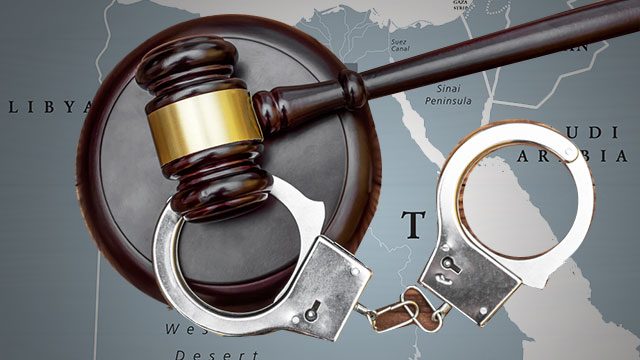 Mahienour El-Massry “was arrested as soon as she left the State Security Prosecutor’s headquarters in Cairo, where she had attended the investigations as a lawyer for several of those arrested during the demonstrations”, Tarek al-Awadi said.

Hundreds of Egyptians took to the streets in Cairo and several other cities across the country on Friday to call for Sisi’s departure.

According to the Egyptian Center for Economic and Social Rights, 365 people have since been arrested.

NetBlocks, an organisation that tracks internet outages, tweeted Sunday evening that Facebook Messenger, BBC News and social media servers were being “restricted in #Egypt by leading providers”, adding that the incident was “ongoing”.

Massry, a political activist and human rights defender, has been tried and jailed twice for taking part in demonstrations.

In December 2013, following the army’s overthrow of Islamist president Mohamed Morsi following mass protests, she was arrested and imprisoned until September 2014 on charges of participating in a demonstration without a permit.

While in prison, Massry received the Ludovic Trarieux Award, an international prize given out annually to a lawyer for contributions to human rights.

In 2015, Massry was given another year-long sentence for taking part in a sit-in during Morsi’s rule.

Sisi was elected president the following year with 96.9% of the vote. – Rappler.com