WHO accused of rationing Ebola vaccine in DR Congo 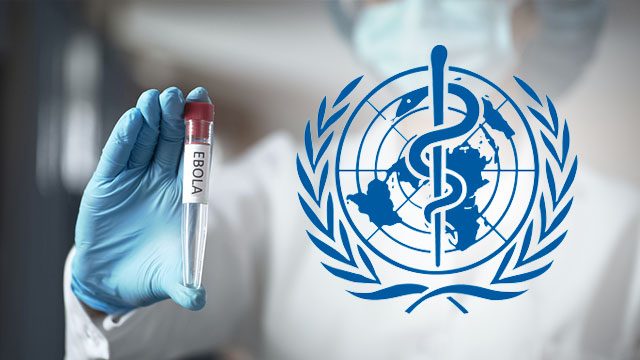 Facebook Twitter Copy URL
Copied
'One of the main problems currently is the fact that in practice the vaccine is rationed by the WHO and that too few people at risk are protected today,' Doctors without Borders says

KINSHASA, DR Congo – Aid group Doctors Without Borders (MSF) on Monday, September 23, accused the World Health Organization of rationing the Ebola vaccine in the Democratic Republic of Congo where more than 2,100 people have died of the deadly virus.

“One of the main problems currently is the fact that in practice the vaccine is rationed by the WHO and that too few people at risk are protected today,” MSF said in a statement.

It called for “the creation of an independent international coordination committee” to “guarantee the transparency of the management of stocks and data sharing”.

Around 225,000 people have received the Ebola vaccination manufactured by German pharma giant Merck since August 8, 2018, “but this number remains largely insufficient”, MSF said.

“Up to 2,000-2,5000 people could be vaccinated every day, against the current 50-1,000 people,” MSF director of operations Isabelle Defourny said in the statement.

“MSF’s efforts to expand access to the vaccination in collaboration with the Ministry of Health… have come up against tight control imposed by WHO on supplies of vaccines,”  MSF said.

“The reasons behind these restrictions remain unclear,” it said, adding that the current vaccine had “demonstrated its safety and effectiveness”.

The medical charity also said that a shortage of the vaccine could not be the reason for the low numbers being vaccinated.

“Merck has just announced that in addition to the 245,000 doses already delivered to the WHO, they were ready to send 190,000 more doses if necessary and that 650,000 more would be made available in the next six to 18 months,” it said.

The WHO denied limiting the availability of the drug, saying it was doing “everything possible” to end the epidemic.

“We partner closely with the DRC government to reach as many communities and individuals in the outbreak area as possible and are not limiting access to vaccine but rather implementing a strategy recommended by an independent advisory body of experts and as agreed with the government of the DRC and partners.”

The criticism comes after DR Congo Health Minister Oly Ilunga stepped down on July 22 after being replaced as the head of the country’s Ebola response effort. He criticised the WHO’s plans to introduce a new, unlicensed vaccine to fight the epidemic in his resignation letter.

Ilunga has since been charged with embezzling funds allotted for the Ebola fight, according to his lawyers who reject the allegations saying accounts prove that public funds were used “exclusively” for the anti-Ebola effort.

“Strong pressure has been exerted for several months to roll out a new experiment in the DR Congo,” Ilunga, a medical doctor, wrote in his resignation letter.

“It would be unrealistic to believe that the new vaccine, proposed by actors who have demonstrated a clear lack of ethics by voluntarily hiding important information from health authorities, could have a decisive impact on the control of the epidemic,” he added.

The WHO has been pushing for the introduction of a second vaccine produced by a subsidiary of US company Johnson & Johnson, but the health ministry under Ilunga had resisted such a move, citing the risks of introducing a new product in communities where mistrust of Ebola responders is already high.

The Merck vaccine is tested but unlicensed, while the second drug is still in the trial investigation stage.

The ongoing Ebola outbreak is the second-worst one in history after more than 11,000 people were killed in Guinea, Sierra Leone and Liberia between 2014 and 2016.

But efforts to contain the haemorrhagic fever have been hindered from the start by conflict in eastern DRC, as well as attacks on medical teams amid resistance within some communities to preventative measures, care facilities and safe burials.

The WHO said last week that as of September 17, DRC had registered a total of 3,145 cases of Ebola since the outbreak began over a year ago, including 2,103 deaths.

New national head of the anti-Ebola operation Jean-Jacques Muyembe said earlier this month that the second vaccine was under review.

“We continue with the first vaccine in the places where there is the epidemic. The second vaccine will probably be used outside the epidemic areas to protect the population,” he added, in comments to the news website actualite.cd.

Head of the MSF vaccination project in DRC John Johnson on Sunday told AFP from Goma: “We welcome the introduction of the second vaccine. It is up to the (Congolese) health ministry to decide where it can be used.

“To have a public health impact, the best use would be in the zones of active transmission,” he added.

The WHO has declared the Ebola epidemic a “public health emergency of international concern.” – Rappler.com