Sep 26, 2019 8:41 PM PHT
Camille Elemia
Facebook Twitter Copy URL
Copied
'Maria Ressa is a Filipino journalist who stands at 5’2” but stands taller than so many of us in her courage and personal sacrifice for the cause of telling the truth,' says Amal Clooney in her speech 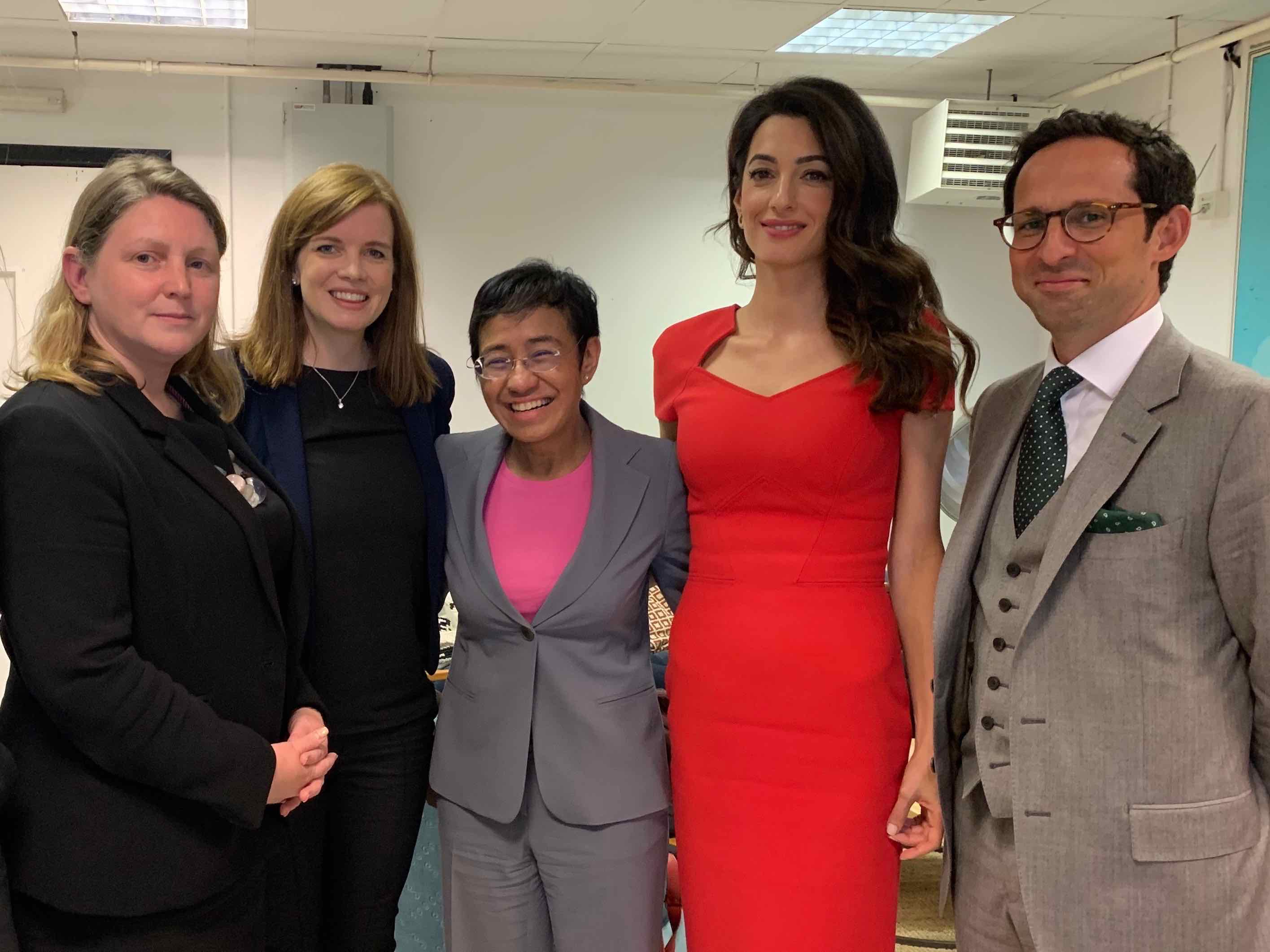 NEW YORK, USA – International and human rights lawyer Amal Clooney raised at the United Nations General Assembly the issue of government-backed cases filed against Rappler CEO Maria Ressa, as she called on sanctions for governments violating the right to a free press.

Clooney, among Ressa’s international lawyers, chaired the panel on “Media Freedom: A Global Responsibility” on Wednesday, September 25. In her speech, she shed light on “legal attacks” used against journalists worldwide.

“Our research targets laws being used every day to punish journalists for their work such as criminal libel laws, vague or overbroad hate speech and ‘fake news’ laws; and laws that muzzle the media by imposing arbitrary conditions on ownership, accreditation and funding.”

She also said, “Such laws are part of a rising drumbeat of legal assaults on journalists, and they are particularly open to abuse when senior officials vilify the media, creating a toxic environment in which individual journalists are vulnerable to attack,” said Clooney, who serves as the United Kingdom’s special envoy for media freedom.

“Let me provide an example of a case that illustrates this all too well: the case of my client, Maria Ressa, a Filipino journalist who stands at 5’2″, but stands taller than so many of us in her courage and personal sacrifice for the cause of telling the truth,” Clooney said.

The human rights lawyer had previously cited Rappler’s “hard-hitting stories” on human rights abuses under Philippine President Rodrigo Duterte and lamented the government’s filing of cases against the media organization.

“Like any journalist worth their salt in the Philippines, she has criticized the practices of the ruling regime in her country, including its murderous campaigns and subversions of the democratic order that are taking place there.”

“The authorities have responded to this single reporter with the full weight of the State. They are pursuing her in 10 separate proceedings that seek to criminalize alleged foreign ownership in her company’s stocks; dredge up spurious accusations about old tax returns, and directly target her reporting thru libel suits,” she said.

Clooney cited President Duterte’s ban on Rappler reporters and his attacks against journalists, adding that Duterte “helped to amplify online attacks” against Ressa.

“The President, who has called journalists ‘presstitutes’ and warned that they are ‘not exempted from assassination,’ has vilified Maria’s news site in his State of the [Nation] address to the nation. Her reporters have been banned from covering presidential events. And the President helped to amplify online attacks against Maria that at one stage reached a rate of 90 hate messages per hour,” she said.

“The message is clear: it is open season on journalists and if you want to avoid such treatment, you know what you need to do.”

“When Maria was arrested at her office in Manila, the police officer who handcuffed her whispered into the ear of one of Maria’s colleagues: ‘be silent or you’re next’. I would bet that her colleague will not be silent. And it’s our job to make sure she’s not next,” said Clooney, who also served as counsel of two Reuters journalists imprisoned in Myanmar.

In the absence of government support, Clooney cited 5 international tools that could help persecuted journalists:

So far, the panel and the UK government are discussing plans to bar human rights abusers from entering the country and to freeze their bank accounts and seize other assets.

Ressa, Rappler, and some of its directors and staff are facing at least 11 complaints and cases, mostly initiated by the Duterte government following the news agency’s critical coverage of Duterte’s bloody drug war. – Rappler.com