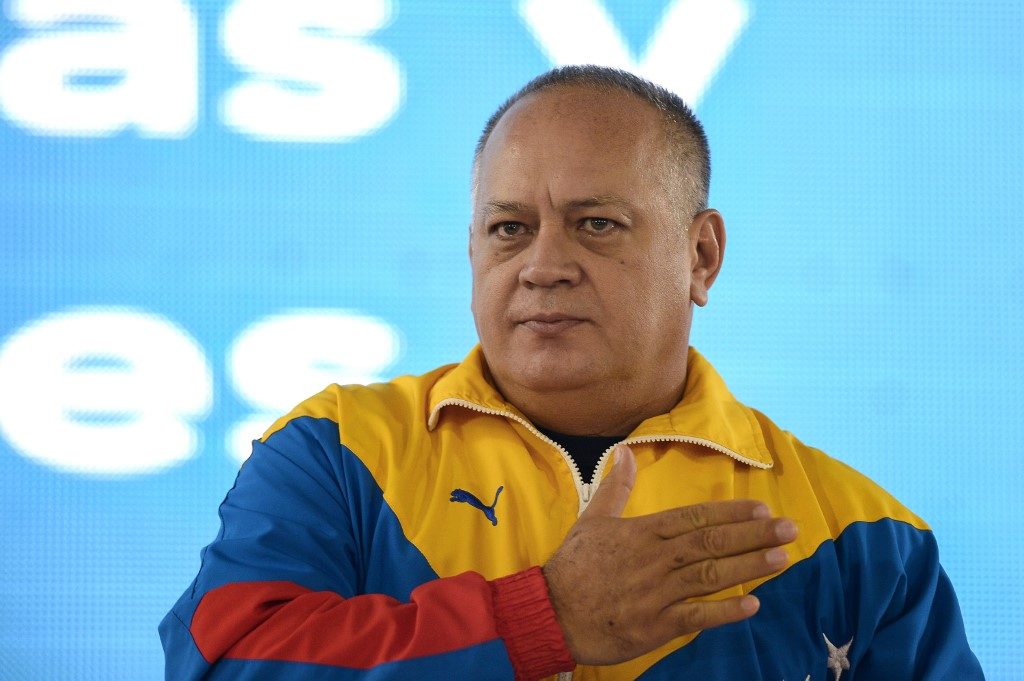 Cabello is president of Venezuela’s Constituent Assembly which effectively acts as a regime rubber stamp. He is considered the second most powerful person in Venezuela after Maduro.

The official Korean Central News Agency said Cabello delivered the gift on Wednesday, September 25, during his meeting with Choe Ryong-hae, who is considered one of Kim’s right-hand men and heads the North’s rubber-stamp parliament.

“The willingness to make efforts to expand and develop the bilateral friendship in all fields was expressed at the talks that were held in a friendly atmosphere,” KCNA reported.

It added that the Venezuelan delegation also met with Ri Su-yong, vice chairman of the North’s ruling party.

The Venezuelan visit comes after Washington on Tuesday, September 24, added to the sanctions which it has escalated against Venezuela over the past months, including against state oil company PDVSA which provides most of the impoverished country’s income.

Washington is among more than 50 countries which switched leadership allegiance this year from Maduro to Juan Guaido, who heads the opposition-controlled National Assembly.

Months of pressure have failed to remove Maduro.

US President Donald Trump’s administration has also led the drive at the United Nations to impose a series of tough economic sanctions on North Korea in response to its nuclear tests and missile launches in 2017.

The panel said it had received assessments from member states indicating that Pyongyang had breached an annual cap of 500,000 barrels of refined petroleum through “unabated” ship-to-ship transfers in the first 4 months of this year.

Since the collapse in February of a summit between Trump and Kim, the denuclearization process has been at a standstill. – Rappler.com