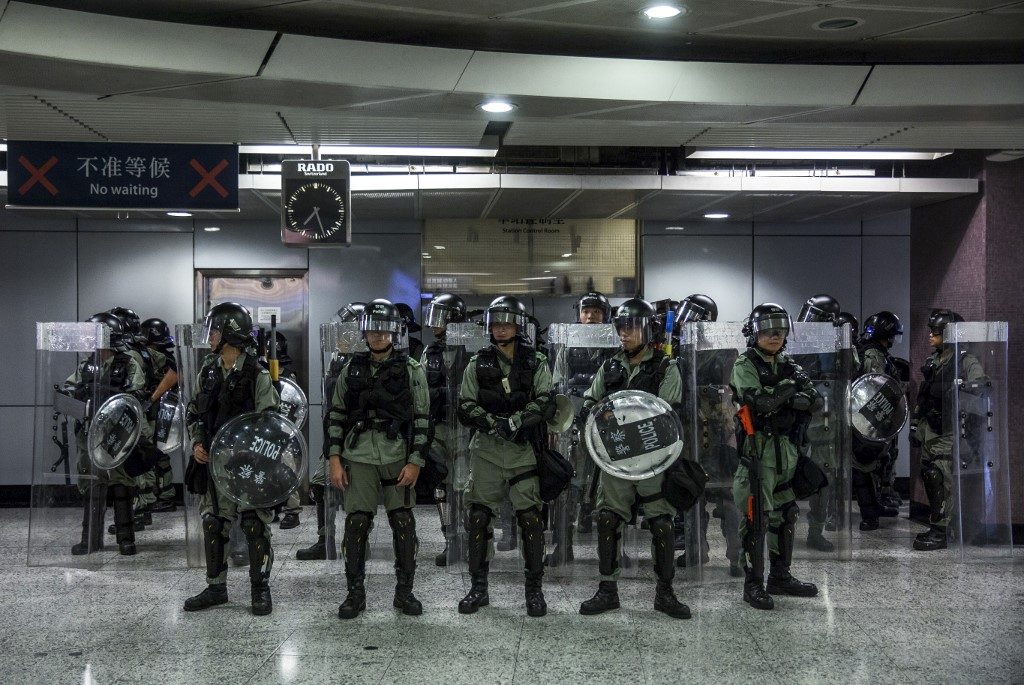 HONG KONG, China (UPDATED) – All train services in Hong Kong including the line to the airport were suspended on Saturday, October 5, the city’s rail operator said, after violent clashes between police and pro-democracy protesters saw subway stations vandalized.

“All MTR services covering the Heavy Rail including Airport Express, Light Rail and MTR bus cannot be resumed this morning,” the MTR Corporation said in a statement.

“After the outbreak of violence at multiple districts, maintenance staff has to make sure of their own safety before they could travel to the damaged stations to inspect and assess the extent of damages at our stations, and to carry out repair works,” the statement said, adding that the closure would be reviewed later Saturday.

The rail system’s suspension on Saturday was due to a night of violence sparked by a ban on pro-democracy protesters wearing face masks, as the government invoked emergency powers not used in more than half a century.

The ban was aimed at quelling nearly 4 months of unrest but instead sparked widespread clashes and vows of defiance, with a 14-year-old boy reportedly shot and wounded.

Chief Executive Carrie Lam said she made the order under the Emergency Regulations Ordinances – a sweeping colonial-era provision that allows her to bypass the legislature and make any law during a time of emergency or public danger.

Protests immediately broke out across Hong Kong, initially with large crowds of office workers blocking roads in the heart of the commercial district.

Demonstrators later vandalized subway stations, started street fires and smashed the windows of pro-China businesses as clashes erupted throughout the evening. Police used tear gas in multiple locations to disperse protesters who had taken over roads.