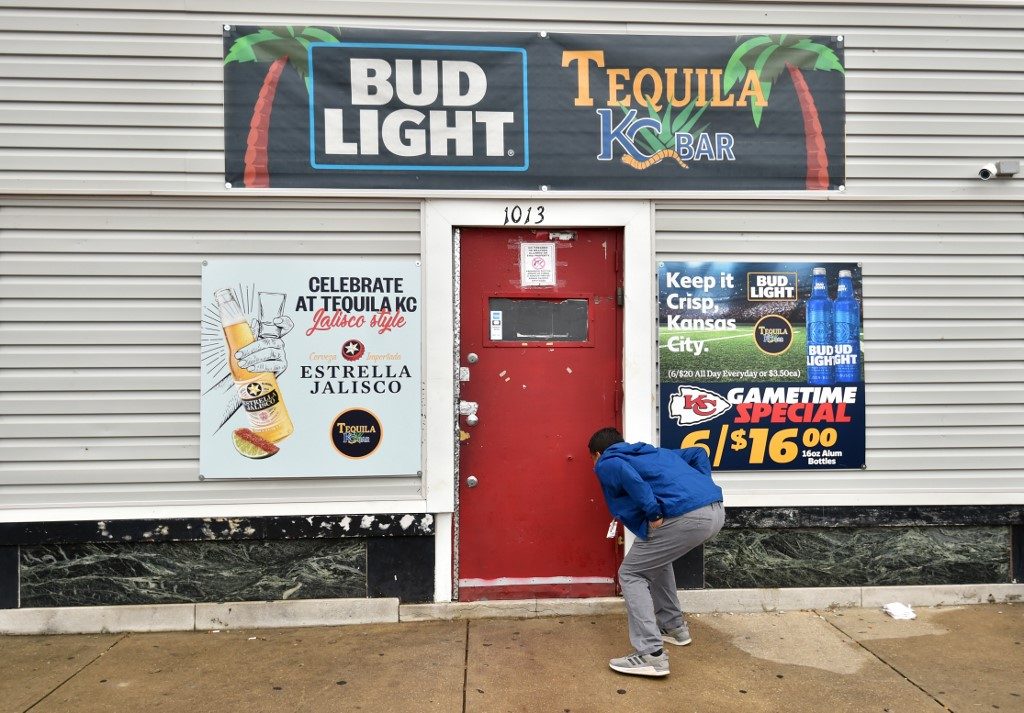 Facebook Twitter Copy URL
Copied
Of the 9 people shot, 4 are found dead inside the bar, while 5 others were found outside with injuries. Police say the injured are in stable condition.

WASHINGTON, DC, USA – Four people – among them two Mexicans – were killed and 5 others wounded early Sunday, October 6, in a shooting at a bar in Kansas, officials said.

At the scene of the shooting, which took place at the Tequila KC bar, “we located a total of 9 people that had been shot,” Kansas City police said in a statement posted on Twitter.

“Four of the victims were found deceased inside of the business and 5 were found outside with injuries, all due to gunshots,” police said, adding the wounded were reported to be in stable condition.

Two of the dead were Mexican nationals, the country’s foreign minister, Marcelo Ebrard, said on Twitter.

According to a preliminary police investigation, an “earlier dispute” at the bar led to the shooting, and two suspects armed with handguns fled the scene.

Police released images of the suspects and asked for help identifying and locating them. – Rappler.com