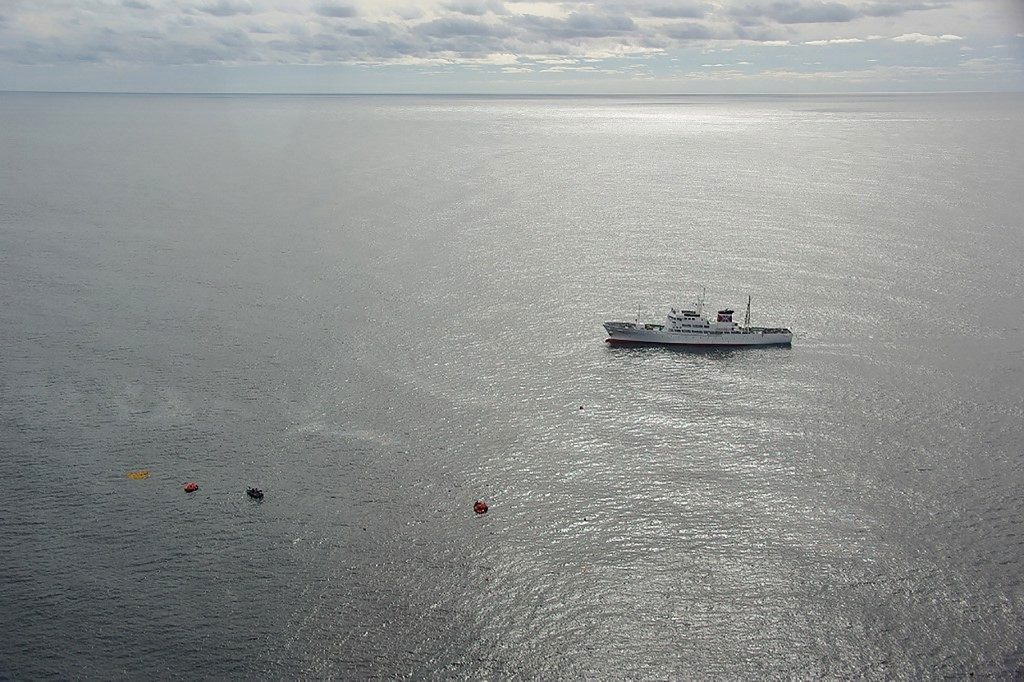 TOKYO, Japan – Around 60 members of a North Korean fishing boat were rescued Monday, October 7,  after it sank following a collision with a Japanese patrol vessel, local media said.

The North Korean ship – believed to illegally fishing in Japanese waters – capsized after the collision, the coast guard said.

All of the estimated 60 crew members aboard the North Korean boat, were rescued, Jiji Press said, while public broadcaster NHK added they had been transferred to another North Korean vessel sailing nearby.

Local media said none of the Japanese patrol vessel crew were injured.

Immediate confirmation of the news reports was not available.

The collision occurred in waters some 350 kilometers (220 miles) northwest of Noto peninsula in Ishikawa prefecture in central Japan.

“We’ve been strengthening patrols around the water there in cooperation with the fisheries agency,” said Kazuma Nohara, another coastguard spokesman.

In the wake of the accident, Prime Minister Shinzo Abe told parliament: “We will continue taking resolute action to prevent illegal operations by foreign ships.”

Experts say some fishermen from the North are travelling far out to sea in order to satisfy government mandates for bigger catches.

But their old and poorly equipped vessels are prone to mechanical faults and other problems, including running out of fuel, and there are few ways for them to call for rescue.

A record 225 suspected North Korean fishing vessels washed up on Japan’s coast last year, according to the coast guard.

Boats have also washed up on Japanese shores with the crew dead – referred to as “ghost ships” by local media.

In 2018, 10 North Koreans rescued from a tiny wooden boat drifting off northern Japan were deported back to their country. – Rappler.com