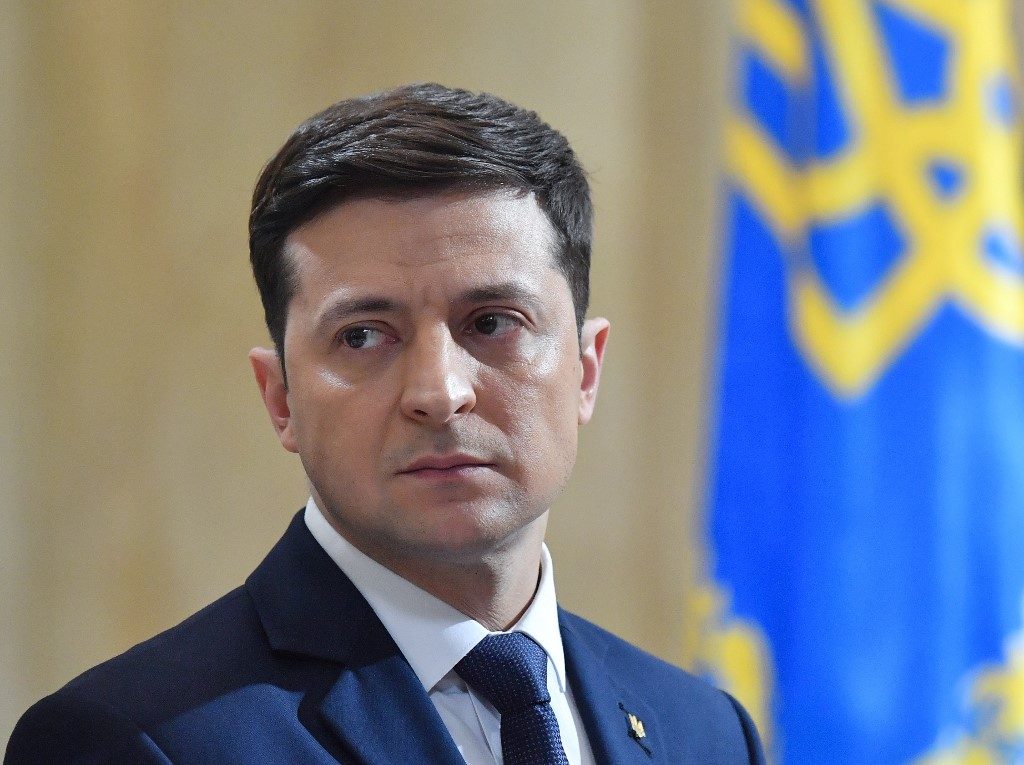 KIEV, Ukraine – Ukrainian President Volodymyr Zelensky denied Thursday, October 10, that Donald Trump tried to blackmail him by withholding military aid to Kiev in a phone call between the two leaders.

“There was no blackmail,” the comedian-turned-politician told a news conference. A call summary of the phone conversation showed Trump asked Zelensky to investigate his political rival Joe Biden.

The US president’s request that Zelensky probe the activities of Joe Biden’s son Hunter has sparked an impeachment probe in the US, with the Democrats looking into whether Trump used a delayed aid package as leverage.

“The story with Burisma has nothing to do with weapons,” Zelensky told the press conference, held in a Kiev food court.

The sole aim of the phone call, he said, was to plan a meeting with Trump.

He added that there were no “conditions” from the US side to set up the meeting.

“We just wanted to establish relations,” he said.

Text messages released by Democrats show Kurt Volker, Trump’s former US special envoy to Ukraine, telling a top Zelensky aide that he should open an investigation in return for a visit to Washington.

Opponents of Trump say the president used promised financial aid as leverage over the Ukrainian leader in a bid to pressure him into launching an investigation into Biden.

Following the phone call, Zelensky said his defense minister told him “there is a problem, the money has been blocked.”

But he said the issue was not discussed in the phone call with Trump.

Zelensky said the phone call will not affect relations between Washington and Kiev.

Burisma says it is the largest private producer of natural gas and one of Ukraine’s leading gas groups. – Rappler.com