EU and UK intensify Brexit talks ahead of key summit 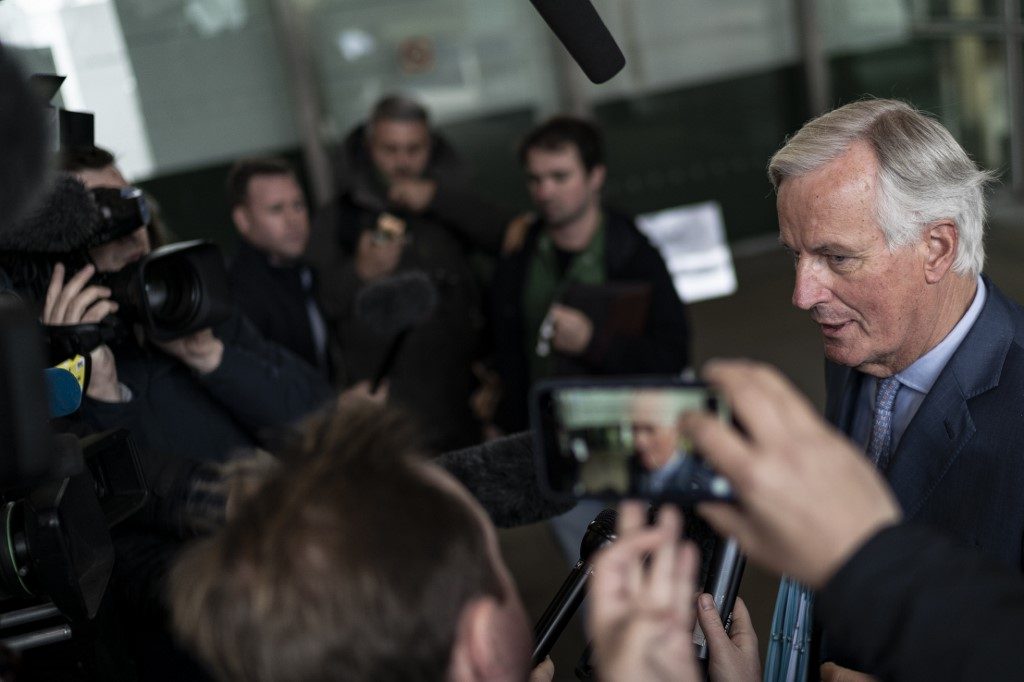 A European diplomat, however, told Agence France-Presse (AFP) that EU ambassadors may gather as soon as Sunday, October 13, for a stock taking if Barnier feels there is any backsliding from the British side.

Neither side revealed much detail about what was discussed.

But a European official told AFP: “Basically, the British are ready to evolve on the question of customs, towards an all-island economy.”

Asked whether the British province of Northern Ireland might remain in the EU customs union after Brexit, Johnson refused to give what he called a “running commentary” on negotiations.

“I can certainly tell you that under no circumstances will we see anything that damages the ability of the whole of the United Kingdom, to take full advantage of Brexit,” he said.

The president of the European Council Donald Tusk, who hosts next week’s summit, had said he would have pulled the plug on plans to discuss Brexit if there was no hope of progress.

But, after Barnier’s meetings, the European Commission said: “The EU and the UK have agreed to intensify discussions over the coming days.

“The Commission will take stock with the European Parliament and member states again on Monday,” it added, to allow time to draw up the agenda of the EU summit on Thursday, October 17.

Barnier’s team has long been in “technical talks” with British officials, but without making enough progress towards a treaty text that could forestall a chaotic “no-deal” Brexit on October 31.

Talks but no ‘tunnel’

But after the “constructive” breakfast with Barclay, Barnier was given the go-ahead from member state ambassadors to begin a more detailed negotiation on a path towards a possible draft text.

This, officials said, could clear the way for a Brexit deal in the coming weeks – or at least provide enough evidence of possible progress to justify postponing Britain’s departure.

A European official told AFP the weekend talks were not a diplomatic “tunnel” – from which no leaks were meant to escape – of the kind that preceded the signing of a detailed withdrawal agreement last year, which was later rejected by British MPs.

“The Commission will explore what is possible in an intensive way,” the source said.

“There’s a good chance that it might all come to nothing, or not enough.”

Early versions of a withdrawal agreement drawn up by Johnson’s predecessor Theresa May would have kept Northern Ireland within the EU customs area, with some kind of border controls on trade with Great Britain.

This would be a no-no for Northern Ireland loyalist parties such as Johnson’s supporters in the DUP, but officials seem to be trying to find a face-saving form of words.

Another European official close to the discussions suggested the restart was at an early stage, but the process might suddenly accelerate: “We’re completing the qualifiers for the 100-meter dash.”

The Commission said Brussels’ position had not changed, and that any solution must avoid a hard border on the island of Ireland that would imperil peace and also that the EU’s single market must be protected.

The key sticking point in the Brexit negotiations is how to handle the border between EU member Ireland and the British province of Northern Ireland – and on the role of the province’s devolved assembly.

Johnson has vowed Britain will end its near five-decade membership of the EU on October 31, with or without agreeing exit terms.

But he could be forced to seek a third delay to Brexit if he fails to agree a deal by October 19 because of a law passed by rebellious MPs.

Some European sources in Brussels have suggested that EU leaders may offer Britain an extension even if Johnson does not ask for one. – Rappler.com