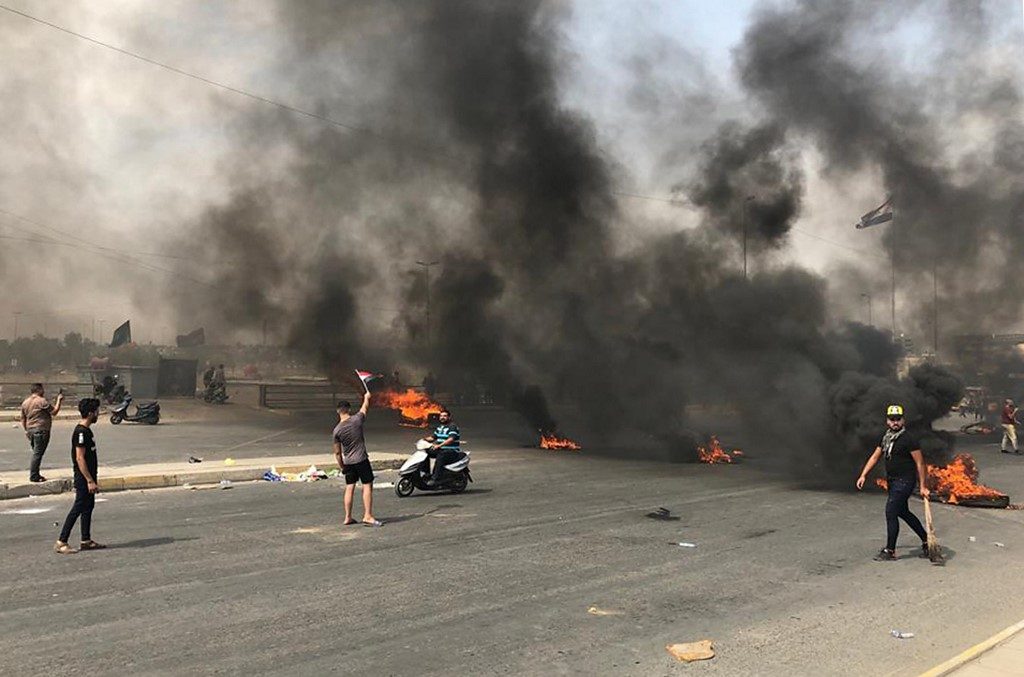 In a sermon read out at the main weekly prayers, Sistani gave authorities “two weeks” to release the findings of an investigation into the more than 100 deaths recorded during the protests since October 1.

Iraq descended into violence at the start of the month as protests that began with demands for an end to rampant corruption and chronic unemployment escalated with calls for a complete overhaul of the political system.

The demonstrations from October 1-6 in Baghdad and across the south of the country quickly turned violent, as protests were met with tear gas and live fire, with over 100 killed and more than 6,000 wounded.

Uncertainty over the identity of the perpetrators persists, with authorities blaming “unidentified snipers.”

But protestors and human rights advocates insist Iraqi security forces participated in the violent repression of the rallies.

The demonstrations were unprecedented because of their apparent spontaneity and independence in a deeply politicized society.

Sistani endorsed the protests on October 4, calling on the government to heed the demonstrators’ demands “before it’s too late.”

“The government must change its approach in dealing with the country’s problems,” the cleric said, adding that lawmakers also bore a heavy responsibility.

Sistani wields huge influence within Iraq’s Shiite community, among whom the deadly protests were concentrated.

“The government and its security forces are responsible for the bloodshed during the recent protests,” said Abdel Mahdi al-Karbalai, a representative of Sistani who read his sermon in Karbala on Friday.

“What happened demonstrates an unfettered violence that goes beyond all limits of the imagination,” he added, saying “the government is responsible when, under the eye of law enforcement, protestors are fired on illegally and media are beaten or attacked to terrorize their employees.”

The Ayatollah went on to call on authorities to act to “put an end to threats, beatings, abductions, sniper fire and violence by those who believe they can act with total impunity.”

After 6 days of violence, the authorities recognized “excessive force outside the rules of engagement” had been used in Sadr City, the Baghdad stronghold of influential Shiite leader Moqtada al-Sadr.

In a televised address to the nation, Abdel Mahdi promised compensation to the “martyrs” – both civilians and members of the security forces killed in clashes.

He also said he would propose a government reshuffle on Thursday, October 10, to parliament. – Rappler.com