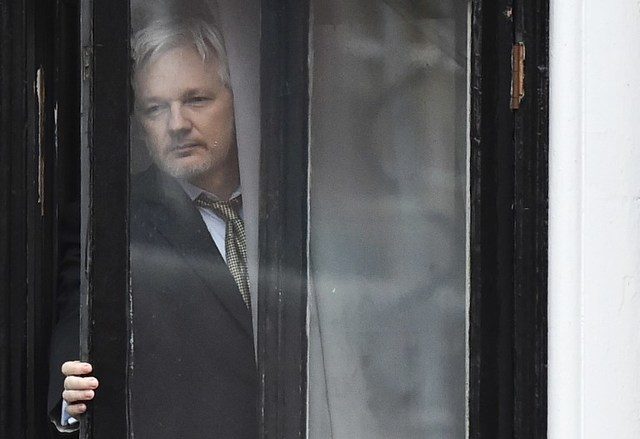 LONDON, United Kingdom – WikiLeaks founder Julian Assange was ordered Friday, October 11, to make his first in-person London court appearance to determine whether he can be released from prison as he fights extradition to the United States.

The 48-year-old Australian has been in custody at the high-security Belmarsh prison in southwest London since being dramatically dragged from Ecuador’s embassy in April.

He could be sentenced to spend up to 175 years in a US prison if convicted on all charges filed under the US Espionage Act.

The final extradition hearing has been scheduled for February 28 next year.

Assange used WikiLeaks to publish classified military and diplomatic files in 2010 about US bombing campaigns in Afghanistan and Iraq that proved highly embarrassing to the US government.

He has been making periodic appearances by video-link at administrative hearings as he tries to prove that he is no longer a flight risk and can be set free on bail due to poor health.

Assange looked gaunt and moved with caution as he walked into a prison holding cell and slowly seated himself to face the camera at Friday’s hearing, an Agence France-Presse reporter in court said.

He gave his name and age in a halting and slightly croaky voice while swaying back and forth with his shoulders slumped.

Assange began pulling on the sleeves of his lilac jumper over crossed legs while listening to the judge spend a few minutes going through the case.

Defense attorney Gareth Peirce said she had no objections because the hearing “would only be an hour long.”

Assange’s legal team has never explicitly said what condition Assange is suffering from.

His current stay in prison stems from his decision to violate his bail terms and seek asylum in the Ecuadorian embassy in London in 2012.

He had then been fighting extradition to Sweden to face unrelated rape allegations.

Assange and his international supporters view all cases against him as political and his treatment as inhumane. – Rappler.com