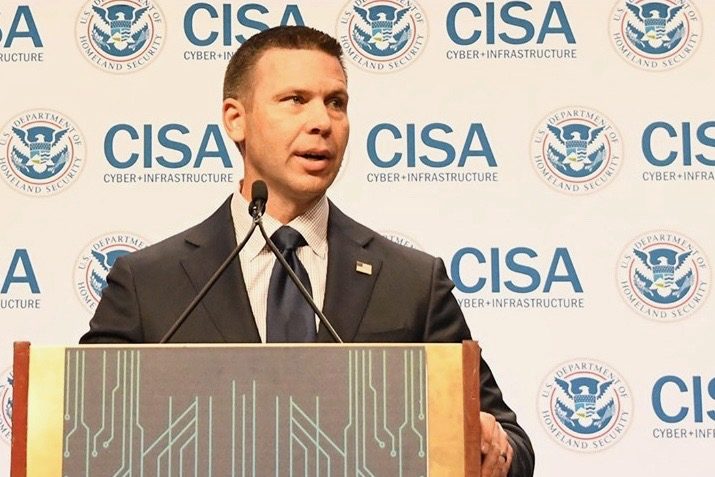 Facebook Twitter Copy URL
Copied
'Kevin now, after many years in Government, wants to spend more time with his family and go to the private sector,' says President Donald Trump in a tweet

“Kevin McAleenan has done an outstanding job as Acting Secretary of Homeland Security. We have worked well together with Border Crossings being way down,” Trump said in a tweet.

“Kevin now, after many years in Government, wants to spend more time with his family and go to the private sector. Congratulations Kevin, on a job well done!”

McAleenan served in the role for six months, replacing Kirstjen Nielsen, who sat at the helm of the powerful agency for 1.5 years.

Trump said he would announce a new acting homeland security secretary next week, and that there were “many wonderful candidates.”

During McAleenan’s brief tenure, the Trump administration stepped up efforts to discourage an exodus of migrants from Honduras, Guatemala and El Salvador by asking Mexico to impede their transit and requiring them to apply for asylum in the first country they enter — meaning either Guatemala or Mexico.

Cracking down on illegal immigration is a major goal on Trump’s agenda, and efforts have been paying off.

US border agents arrested or stopped nearly one million undocumented migrants at the southern border with Mexico in the last 12 months, the most in more than a decade, according to statistics released this week.

Migrants arrested at the border fell to just over 52,000 in September, the final month of the 2019 fiscal year, down from more than 144,000 in May and the lowest monthly figure in one year.

– ‘Tremendous progress’ –
McAleenan’s exit came after he told The Washington Post that he did not feel in control of his department, as news reports said he was discouraged by his standing in the Trump administration.

“What I don’t have control over is the tone, the message, the public face and approach of the department in an increasingly polarized time,” McAleenan told the paper. “That’s uncomfortable, as the accountable, senior figure.”

On Friday he tweeted a thank you to Trump and highlighted his department’s accomplishments.

“With (Trump’s) support, over the last 6 months, we have made tremendous progress mitigating the border security and humanitarian crisis we faced this year, by reducing unlawful crossings, partnering with governments in the region to counter human smugglers and address the causes of migration, and deploy additional border security resources,” McAleenan said.

Bennie Thompson, the Democratic chairman of the House Committee on Homeland Security, called McAleenan’s exit an “ouster” and said Trump must urgently appoint a permanent replacement.

“Today’s ouster of the Acting Secretary further highlights that President Trump continues to decimate the leadership of the Department of Homeland Security. This will only add to the chaos for a Department where there are chronically too many leadership vacancies and positions held by unconfirmed, ‘acting’ officials,” he said.

Thompson said Trump “has forced the Department to stray from its core counterterrorism mission to be almost singularly focused on his xenophobic and cruel immigration agenda.” – Rappler.com