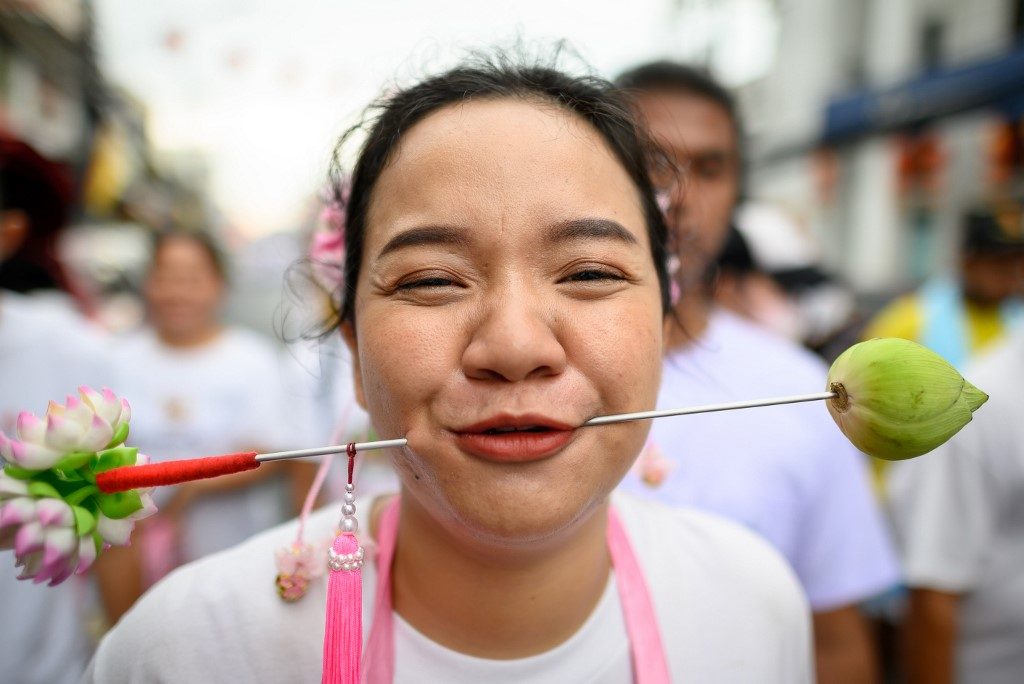 PHUKET, Thailand – Sticking samurai swords, steak knives and even the sharpened handles of badminton racquets through their cheeks, devotees of Thailand’s vegetarian festival go all out during an annual event that is both gleeful and gory.

Held on the tourist island of Phuket, the nine-day Taoist “Nine Emperor Gods” festival was in full swing Thursday, October 3, after kicking off at the end of September.

As firecrackers exploded and traditional music blared from speakers, hundreds of participants marched down streets showcasing a dizzying variety of piercings.

One man managed to put almost a dozen knife blades through his right cheek, while another held a pole with a diety that went through his lower lip.

Skewers connected to model ships, a bouquet of orchids and pieces of fruit were also put to use. 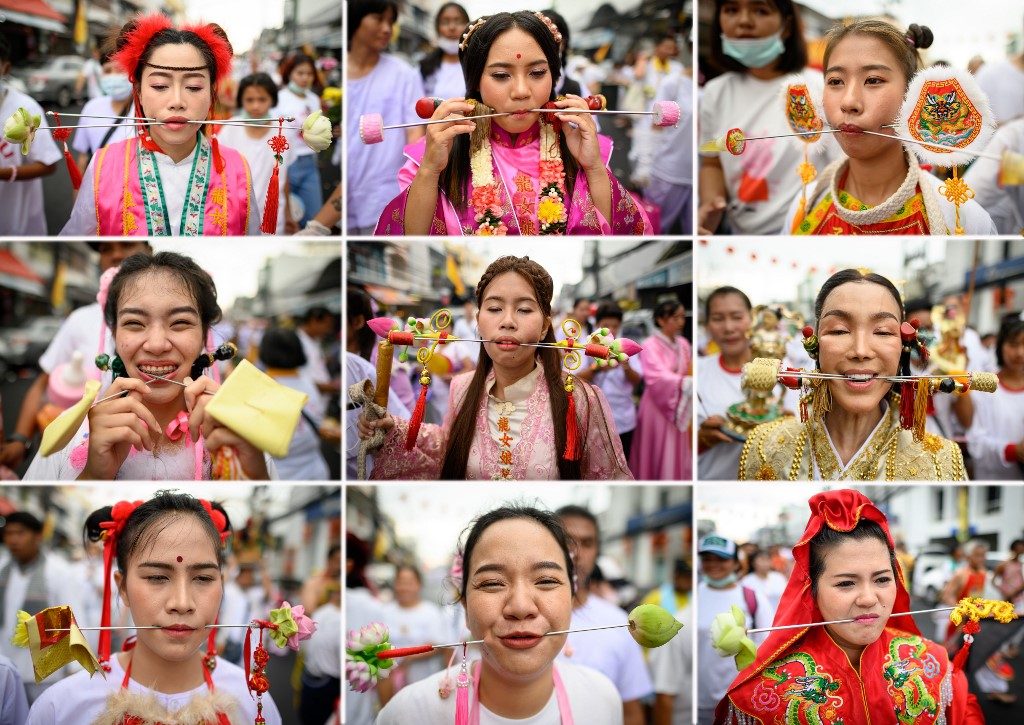 Many work themselves into a trance before piercing, which is said to numb the pain.

Along the way residents offered food, water and sweets to the participants whose rituals are meant to ward off bad luck and cleanse sins.

The celebration dates back to 1825, according to local folklore, when a visiting Chinese opera troupe fell ill.

They are believed to have adopted a vegetarian diet and carried out Taoist rituals in an effort to improve their health.

The festival is expected to draw hundreds of thousands of tourists to the southern Thai island, according to Kanokkittika Kritwutikon, the Phuket tourism authority director.

The influx is a temporary boon for local hoteliers and businesses who are wrestling with a rare slump in Thailand’s booming tourism industry.

Participants in Phuket – which has a sizeable Chinese population – also have a bounty of vegetarian food options to choose from, as many vendors switch out meat offerings. – Rappler.com