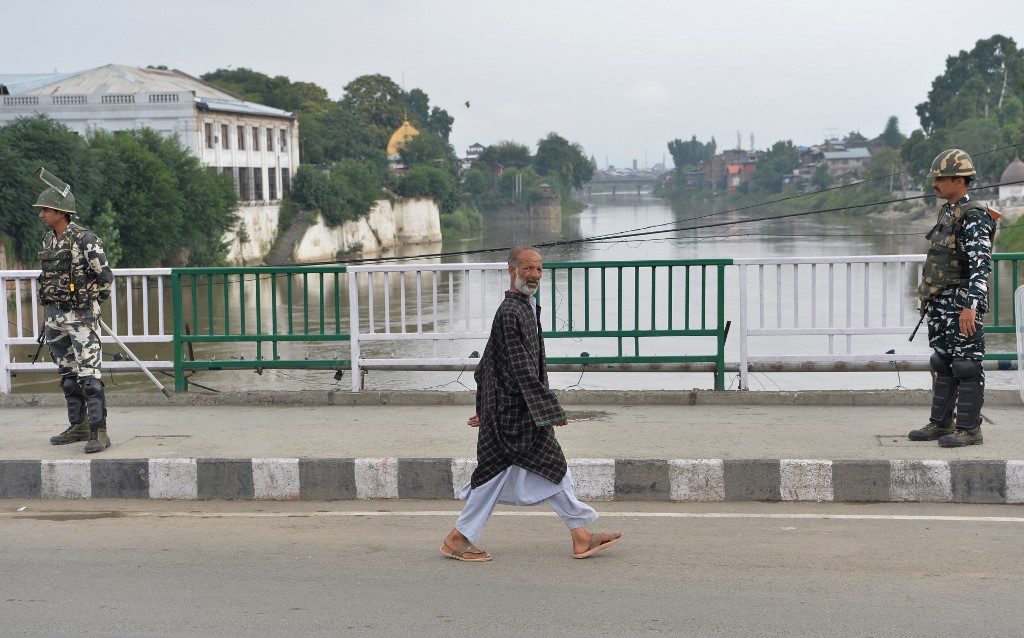 SRINAGAR, India – The Indian government said Saturday, October 12, that most mobile phone connections in Kashmir will be restored, easing a security clampdown imposed more than two months ago when the troubled region’s autonomy was cancelled.

The decision was taken after a security review in the restive Himalayan region, government spokesman Rohit Kansal told a press conference.

All phones linked to a monthly subscription “will stand restored and be functional from noon on Monday,” he said, adding that the measure would apply to all districts of Kashmir.

The New Delhi government ended Kashmir’s autonomy on August 5 and imposed the mobile phone and internet blackout as part of a huge security clampdown.

Tens of thousands of extra troops were also sent in an operation that critics said virtually cut off Muslim-majority Kashmir, which has been gripped by an insurgency for the past 3 decades, from the outside world.

Kansal gave no indication on whether internet services would also be restored.

The government, however, on Thursday lifted restrictions on tourists travelling to the region and released 3 politicians among hundreds of people detained after August 5.

Kansal said all those detained would be released gradually after review.

Kashmir has been split between India and Pakistan since their independence in 1947. The two countries have fought two wars over the territory and cross-border clashes regularly erupt.

India maintains that most people in its part of the disputed region support the move to take away the special status. It had faced international pressure however to ease the clampdown. – Rappler.com