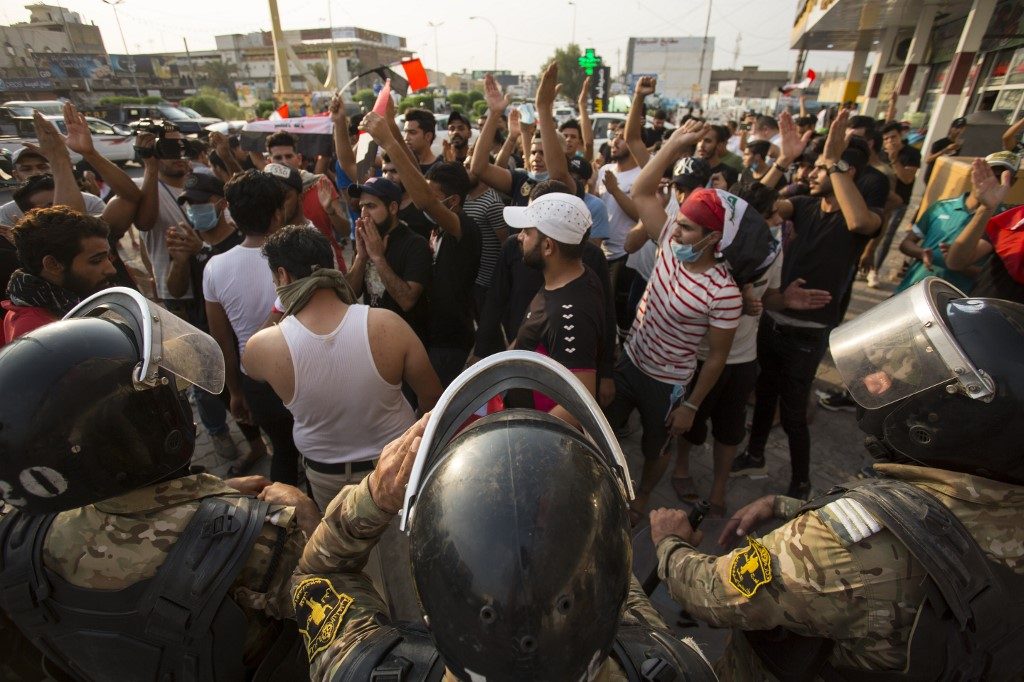 BAGHDAD, Iraq – Iraqi authorities, under pressure from the streets as well as political and religious forces, on Saturday, October 12, increased the number of commissions to investigate the deaths of more than 100 people in recent protest.

From October 1 to 6, at least 108 people were killed and more than 6,000 wounded, according to the government’s Human Rights Commission.

The vast majority of them were protesters demanding an end to rampant corruption and chronic unemployment who were shot by live rounds. Authorities have blamed “unidentified snipers”.

But human rights advocates and the growing numbers of Iraqis who have been able to access social media via channels bypassing restrictions in the country or from abroad, disagree.

They hold security forces responsible for the bloodshed: either by firing themselves or not protecting protesters from snipers who infiltrated the demonstrations.

So far, authorities have accepted responsibility for two incidents.

They have acknowledged that the military had used “excessive force” in the Shiite bastion of Sadr City in Baghdad and say anti-riot police were responsible for the killing of a protester in Babylon south of the capital.

One is led by Iraq’s military command and expected to shed light on the deaths and wounded as well as attacks on public buildings and raids by unidentified gunmen on media.

The other, composed of representatives from the armed forces, parliament, the human rights commission and the judiciary will investigate and bring to justice soldiers who acted illegally.

This comes after a failed attempt in parliament on Thursday by lawmakers from former premier Haider al-Abadi’s Victory Alliance to garner enough votes to summon Prime Minister Adel Abdel Mahdi.

During his sermon on Friday, Grand Ayatollah Ali Sistani, spiritual leader for Iraq’s Shiite majority, upped the pressure on authorities.

“The government is responsible when, under the eye of law enforcement, protesters are fired on illegally and media are beaten or attacked to terrorise their employees,” he said.

Sistani, who wields significant power to influence the government, gave authorities “two weeks” to release the findings of the promised investigations.