Hunter Biden admits error in judgment but insists no wrongdoing 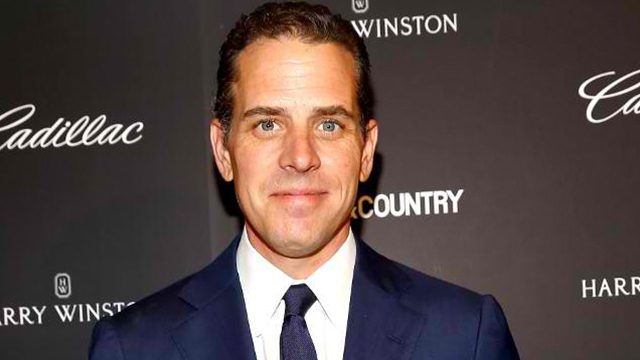 WASHINGTON DC, USA – Hunter Biden denied any wrongdoing in his business dealings in Ukraine and China but acknowledged he exercised poor judgment and cashed in on the fame of his last name.

In an interview to be aired Tuesday, October 15, on ABC News, Biden said he had failed to anticipate how those activities would be become fodder for critics of his father, former vice president Joe Biden, as he runs for the Democratic presidential nomination.

“Did I make a mistake? Maybe in the grand scheme of things,” Biden said in the interview, excerpts of which were released ahead of its airing Tuesday evening before another Democratic presidential debate.

“But did I make a mistake based on some ethical lapse? Absolutely not,” Biden, 49, insisted.

“I don’t think there’s a lot of things that would have happened in my life if my last name wasn’t Biden,” Biden said.

Biden held a lucrative position on the board of a Ukrainian energy company, Burisma, while his father was vice president under Barack Obama and helped engineer the ouster of that country’s prosecutor general on grounds he was weak on corruption.

A lawyer for Biden Jr. said Sunday, October 13, that Biden is leaving his position on the board of a Chinese private equity company.

Trump has disparaged Biden Jr and taunted him with tweets like this one last week: “WHERE’S HUNTER?”

Trump has made repeatedly made unsubstantiated charges that Biden Sr intervened in Ukraine to protect his son. And news that Trump’s request in a July 25 phone call with the president of Ukraine that he probe the Bidens has triggered the fast moving impeachment investigation that is now consuming the Trump administration.

Biden Jr said in the interview that the administration has spread a “ridiculous conspiracy theory” about his work in Ukraine.

“I gave a hook to some very unethical people to act in illegal ways to try to do some harm to my father,” Biden said.

“That’s where I made the mistake. So I take full responsibility for that. Did I do anything improper? No, not in any way. Not in any way whatsoever,” he added. – Rappler.com