UK, EU strike Brexit deal, urge MPs to back it 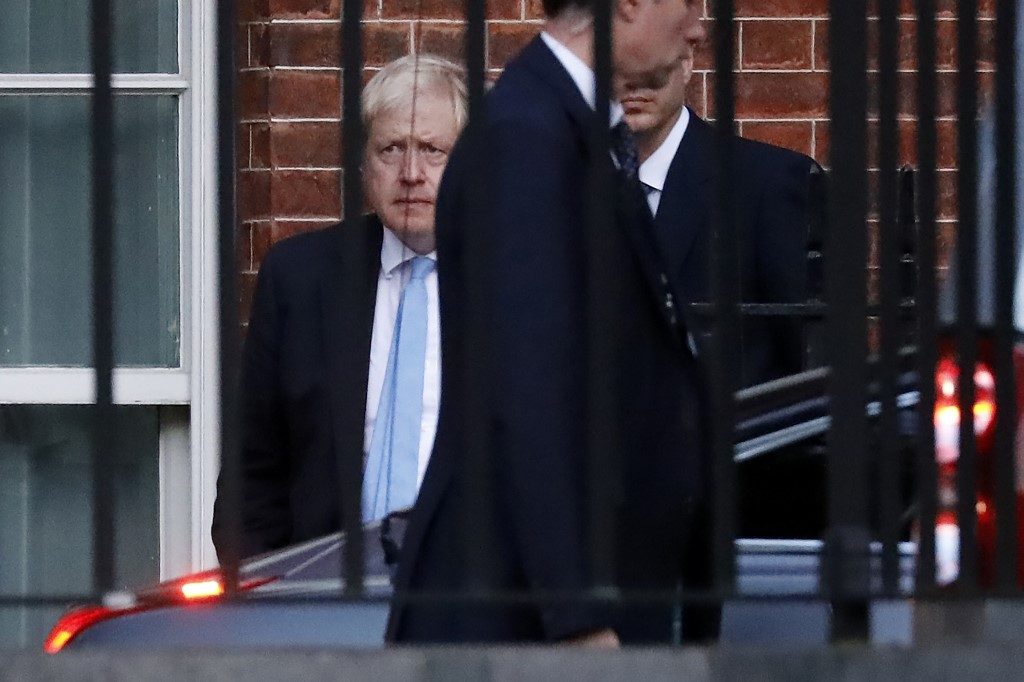 A summit of EU leaders “endorsed this deal and it looks like we are very close to the final stretch,” EU Council summit host Donald Tusk told reporters after the meeting.

European leaders said they hoped the deal would pass, but British opposition parties and Johnson’s own allies in the House of Commons were quick to warn they would not support it when it goes to a vote in a special sitting on Saturday, October 19.

If the deal is defeated, the prime minister is obliged under British law to ask EU leaders to postpone Brexit beyond the current October 31 deadline for what would be the third time.

Juncker sought to focus MPs’ minds, saying there was no need for a delay.

“We have a deal, and this deal means there is no need for any kind of prolongation,” he told reporters – although the decision will be for EU leaders, not him.

Johnson, a leader of the 2016 Brexit referendum vote who has vowed to leave the EU this month, said he had secured a “great new deal that takes back control.”

He urged MPs “to come together to get Brexit done, to get this excellent deal over the line and to deliver Brexit without any more delay.”

The deal is a personal victory for Johnson, who was told repeatedly by EU leaders that they were not open to reworking a deal initially inked last year.

But it could quickly turn to defeat if the House of Commons – which rejected a previous divorce text 3 times – again refuses to play ball.

The immediate reaction was hostile.

Northern Ireland’s Democratic Unionist Party (DUP), which props up Johnson’s Conservatives, said it “will be unable to support these proposals.”

The main opposition Labour, Scottish National and Liberal Democrat parties also spoke out against it.

Their response sent the pound sinking again after it had earlier risen to five-month peaks on news of the deal.

The draft agreement was forged just weeks before Britain was due to leave the bloc, ending more than 4 decades of close economic and political ties with its nearest neighbors.

Weeks of tense negotiations focused on changing the arrangements to keep open the border between British Northern Ireland and EU member Ireland.

All sides agree they do not want infrastructure on the frontier, to avoid exacerbating tensions over Britain’s control of Northern Ireland that caused decades of deadly violence up until the 1990s.

The new plan would keep the United Kingdom as a single customs territory, allowing it to strike international trade deals, but require London to levy EU tariffs on certain goods passing through Northern Ireland.

Northern Ireland would also follow the EU’s rules on agrifood and industrial goods.

“There will be no border on the island of Ireland and the (EU’s) single market will be protected,” Juncker said.

But it would involve some customs and tax checks between Northern Ireland and mainland Britain, and the DUP warned the plans “undermine the integrity of the union.”

Northern Ireland’s regional assembly would be given a vote every 4 years on whether to maintain the arrangements, but the DUP warned that did not go far enough.

Johnson has assured his European counterparts that he can get the deal through parliament, and French President Emmanuel Macron said he was “reasonably confident” the deal could be ratified.

But he has no majority among MPs, and his threat to leave the EU with or without a deal this month has exacerbated existing divisions in parliament.

Opposition Labour leader Jeremy Corbyn said the only way out was for a second referendum, amid speculation such a motion could be put to MPs at Saturday’s sitting.

“The best way to get Brexit sorted is to give the people the final say in a public vote,” he said.

However, it is not clear there is enough support in the House of Commons for a new referendum, and Johnson’s government is strongly opposed.

Opinion polls show Britons remain deeply divided over Brexit, although the balance has shifted slightly in favor of staying in the EU.

Labour’s objection to the current deal is focused on changes to the political declaration on future trade ties which accompanies the divorce terms.

It paves the way for much looser ties between Britain and the EU than was previously envisaged, as part of a free trade agreement.

“The deal he’s proposed is heading Britain in the direction of a deregulated society and a sell-off of national assets to American corporations,” Corbyn said. – Rappler.com