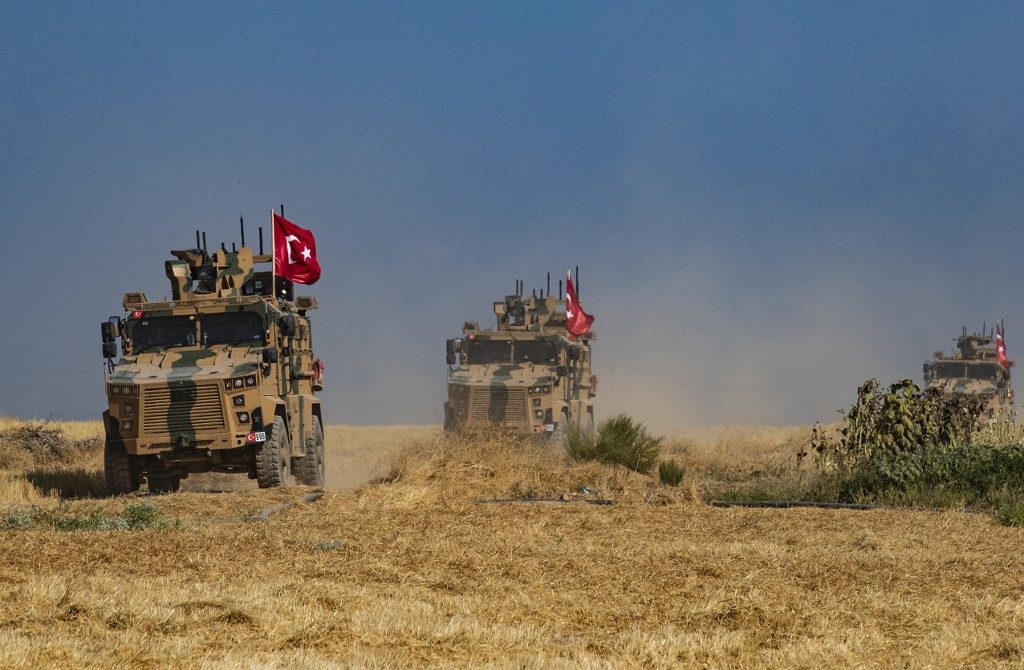 ISTANBUL, Turkey – A Turkish soldier was killed and another wounded in an attack by Syrian Kurdish forces on Sunday, October 20, despite a ceasefire deal brokered by the United States, the defense ministry said.

“One of our heroic comrades fell martyr and another was wounded after anti-tank and small arms fire by… terrorists during their reconnaissance and surveillance mission” in the Tal Abyad border area, the ministry said in a statement.

The army returned fire in self-defense, it added.

Turkey had agreed to suspend its Syria offensive for 5 days to allow Kurdish forces to withdraw from a safe zone along the border.

But President Recep Tayyip Erdogan has warned he will “crush the heads” of Kurdish forces if they did not pull back from the zone.

On Saturday, Turkey and Kurdish forces accused one another for violating the ceasefire agreement.

“Despite all the hostile acts in violation of the agreement, a convoy of 39 vehicles, mostly ambulances, safely entered and exited Ras al-Ain on Saturday” to help evacuate the wounded, the ministry said.

In an interview with Agence France-Presse (AFP), Turkish presidency spokesman Ibrahim Kalin said Ankara abided by the agreement and urged the US to use its leverage to ensure Syrian Kurdish forces’ pullout.

“We are committed to this agreement: Within 5 days they are supposed to leave and we have told our American colleagues to use their leverage, their connections to make sure that they leave without any incidents,” he told AFP in Istanbul on Saturday.

Meanwhile, the top figure on the Kurdish side, Syrian Democratic Forces (SDF) commander Mazloum Abdi, told AFP that Turkey was blocking his forces’ withdrawal and trying to blame the deal’s collapse on the Kurds.

The Turkish offensive launched earlier this month has prompted hundreds of thousands to flee their homes in the latest humanitarian crisis of Syria’s 8-year civil war. – Rappler.com