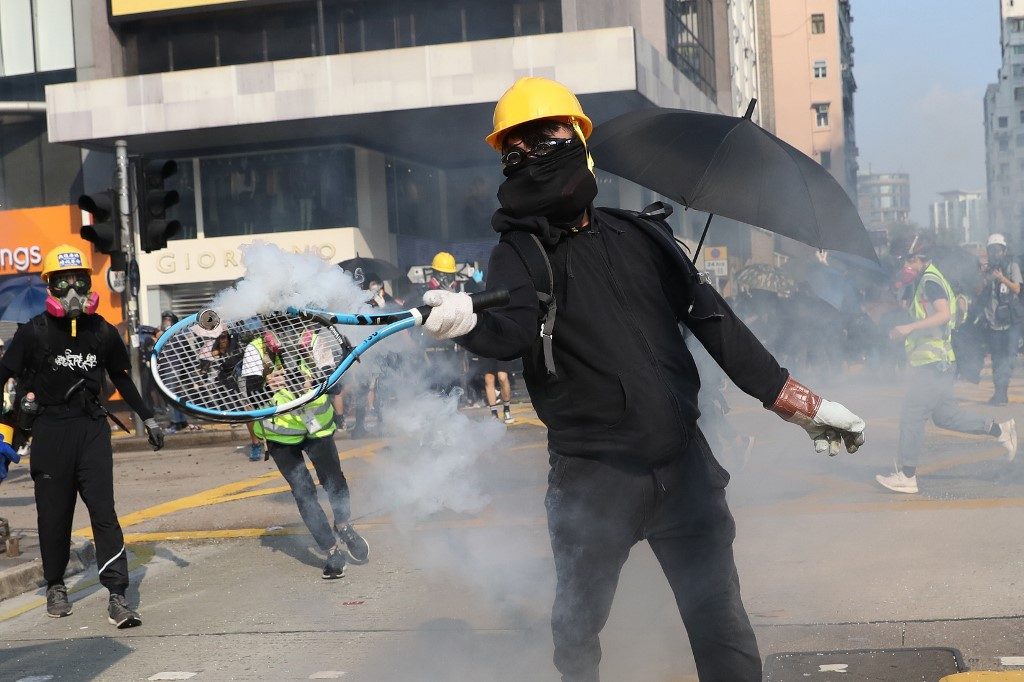 HONG KONG – A Hong Kong court has banned people from publishing a wide range of personal details about police officers and their families, including photos, in a bid to halt “doxxing” by pro-democracy protesters.

The temporary injunction, uploaded on government websites overnight, was criticized by some on Saturday, October 26, for its broad wording and for further shielding the identity of officers as they clash with protesters.

The semi-autonomous Chinese city has been battered by nearly five months of seething pro-democracy rallies in which police and protesters have fought increasingly violent battles.

The police force says many of its officers have had personal details leaked online – known as “doxxing” – and family members harassed as a result.

Lawyers for the force went to Hong Kong’s High Court on Friday asking for an injunction forbidding people from publishing a slew of personal information including key details such as names, addresses, dates of birth and identity card numbers.

But they also sought a ban on publishing details about a police officer’s Facebook and Instagram IDs, their car number plates and any photograph of an officer or their family without consent.

The court granted the injunction for 14 days pending a longer legal hearing.

The current wording leaves no exceptions, including for media, making it unclear how it will be applied and whether it will restrict work by reporters.

Antony Dapiran, a lawyer who has written a book about the city’s protest movement, described the ban as a “very alarming development.”

“(It’s a) serious restriction on freedom of expression and effectively criminalizes a whole range of perfectly lawful acts which will now be punishable as contempt of court,” he wrote on Twitter.

The Hong Kong Journalists Association said it was “extremely concerned” about the potential limitations to media freedoms and said it was seeking legal advice.

Sharron Fast, a media law expert at the University of Hong Kong, said the injunction banned activity “far beyond doxxing.”

“It would certainly capture the chants and name-calling that the police have long wanted to have legislative protection from,” she told Agence France Presse.

She added that journalists and opposition figures had also been doxxed during the protests but the injunction did not extend extra protections to them.

Hong Kong’s police have already faced criticism for hiding their identities during clashes by removing warrant card numbers from their uniforms, as well as using face masks and shining bright torches at reporters.

But the ordinance was widely flouted by protesters incensed that police are still allowed to cover their faces.

Police counter that they are facing unprecedented levels of public anger and abuse and need to protect their staff from retribution and harassment.

Hong Kong has been riven by seething protests for the past 20 weeks, with violence spiralling on both sides of the ideological divide.

Hardline protesters have thrown Molotov cocktails and bricks at police, as well as vandalised businesses perceived as being pro-China. Earlier this month an officer was stabbed in the neck.

Police have responded with increasing amounts of rubber bullets, tear gas and even live rounds in recent clashes. – Rappler.com