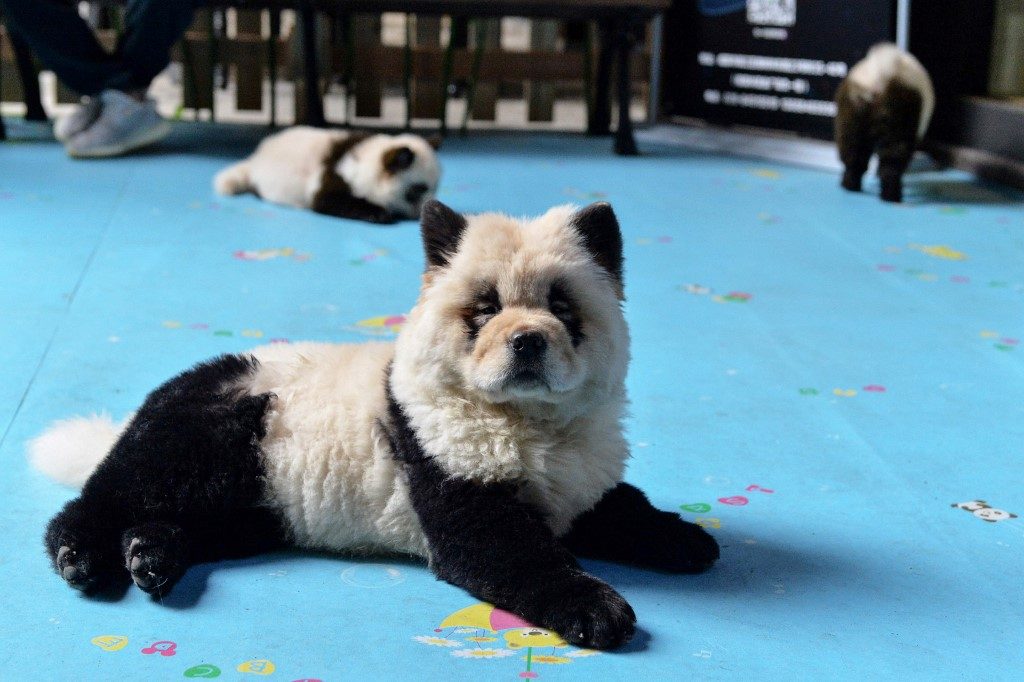 BEIJING, China – A pet cafe in China where dogs are dyed black and white to look like panda cubs has triggered a heated online debate over the treatment of animals.

The Cute Pet Games cafe opened last month in Chengdu, capital of southwest Sichuan province which is home to China’s famous giant pandas, and features 6 panda-like Chow Chow dogs, according to a video posted by Hongxing News on Tuesday, October 22.

The cafe owner, only identified by his last name Huang, told Hongxing News that he had started offering pet dyeing services after the panda dogs became an instant hit with clients.

He said it takes trained staff about a day to transform a fluffy Chow Chow dog into a “panda.” The hashtag “Dye a dog into a panda for 1500 yuan” has gone viral with more than 170 million views on China’s Twitter-like Weibo platform, and led to a torrent of angry comments from pet owners stressing the possible side effects of dyeing the animals’ fur.

“I suggest dyeing the cafe owner black and white,” said one commentator.

“Dogs and cats love their human companions, regardless of how we look. Why not extend the same kindness to them?” wrote another.

In the video, Huang says the dye is imported from Japan and won’t harm the dogs.

But vet Li Daibing told Hongxing News that dyeing the dogs “could damage the animals’ fur and skin.” – Rappler.com