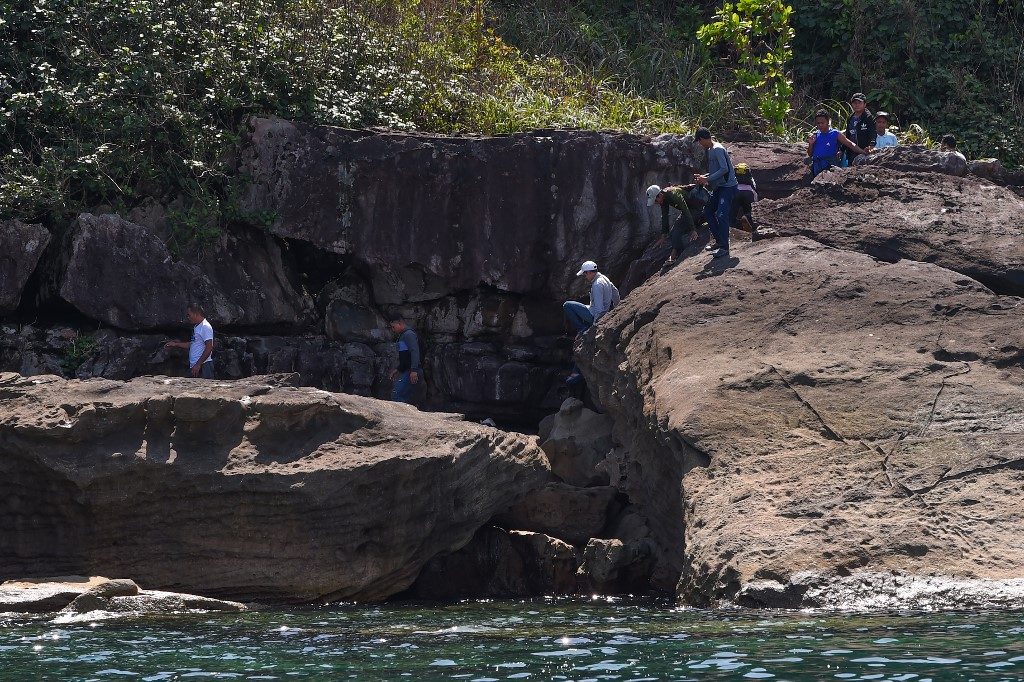 KOH RONG, Cambodia – Six Cambodians have been held for questioning in connection with the disappearance of a 21-year-old British woman who went missing on an island popular with backpackers, as police on Tuesday, October 29, said hopes were fading of finding her alive.

Nearly 200 army, navy and police personnel scoured Koh Rong island in southern Cambodia for a sixth day to find tourist Amelia Bambridge, who was last seen at a beach party on October 24.

A bag and phone were found where she was sighted on Police Beach, a late-night hangout popular with travellers, with British media reporting the alarm was raised after she failed to check out of her hostel.

Six Cambodians, some of whom work in the island’s bars, have been taken to police headquarters of neighbouring coastal province Sihanoukville, a senior officer told AFP on Tuesday.

“They are being questioned,” provincial deputy police chief Nop Panha said. “We are not drawing any conclusions yet.”

But another senior police source said there was “little hope” that Bambridge will be found alive after a days-long hunt yielded few clues to her whereabouts.

“We are looking for a body now,” said the official, who is part of the search party, requesting anonymity.

Bambridge’s distraught family — who have been regularly posting on Facebook asking for information for their daughter’s whereabouts — are in Cambodia and have been shuttling between Sihanoukville and Koh Rong as the search intensifies.

“Where are you Amelia we miss you dearly,” posted sister Sharon Schultes on Facebook. “PLEASE FIND OUR AMELIA.”

Authorities are checking with fishermen if anyone was accidentally caught in their nets, while teams are also trudging through Koh Rong’s lush jungles for clues.

Koh Rong, located in the Gulf of Thailand, is a two-hour boat ride from the coast and draws budget travellers with its cheap guesthouses, beachside bars and idyllic beaches.

But it has undergone development in lockstep with the construction and casino boom in nearby Sihanoukville, thanks to a cash influx from Chinese investors.

While widely seen as a safe landing point for tourists travelling through Southeast Asia, Cambodia has grabbed headlines in the past for serious crimes involving foreigners.

A Cambodian court last week charged three men with gang-raping a French tourist in the coastal province of Kampot after offering her a ride in their car.  – Rappler.com