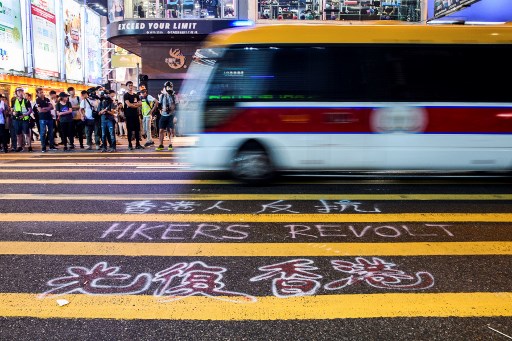 BEIJING, China – China’s Communist Party elite concluded a key meeting in Beijing Thursday, October 31, with a promise to protect the “stability” of Hong Kong, which has been rocked by months of unrest.

The Fourth Plenum of the Party’s Central Committee is a closed-door meeting of high-ranking officials where the country’s future direction is discussed, and this week’s meet was the first since February 2018.

This plenum came as Chinese President Xi Jinping battles a number of challenges, including months of pro-democracy protests in Hong Kong, a slowing economy, and a lingering trade war with the United States.

In the communique published Thursday, the government admitted that China was “facing a complicated situation of significantly increased risks and challenges domestically and abroad.”

Semi-autonomous Hong Kong – which was returned to China in 1997 – has rights unseen in the mainland, including free speech, and is governed by the Basic Law, its mini-constitution.

But the city has been rocked by months of unrest from protesters who say those rights are being rolled back by an increasingly authoritarian Beijing.

In response, Thursday’s communique said the plenum proposed “upholding and improving” the system of “one country, two systems,” without giving more specific details.

“The Hong Kong Special Administrative Region…must be governed in strict accordance with the Constitution and the Basic Law, and the long-term prosperity and stability of Hong Kong and Macao should be safeguarded,” it read.

Promoting the “peaceful reunification of the motherland” was a key theme of the plenum, particularly with regards to the self-ruled island of Taiwan, which Beijing sees as part of its territory, awaiting reunification.

The plenum also said the party and the people “must more tightly unite around the Party Central Committee with Comrade Xi Jinping as the core.”

Despite its mention of increased “risks and challenges” abroad, the communique was notably silent on the ongoing US-China trade conflict.

Beijing and Washington have exchanged blows for over a year, with tariffs now impacting hundreds of billions of dollars in two-way trade.

Lam said this could be a sign of increased division at the meeting, as “according to tradition, they only put down things (in the communique) that they could agree on.”

“Anything which is controversial or deemed to be divisive – for example some members might have challenged Xi Jinping’s handling of Sino-US relations – these things are simply not mentioned,” Lam said.

Many of the country’s most significant policies have been announced after plenum meetings, with the last one in February 2018 focused on a reform plan for state institutions, giving even more power to the party.

The one before that approved the scrapping of presidential term limits, allowing Xi to stay in office for life. – Rappler.com