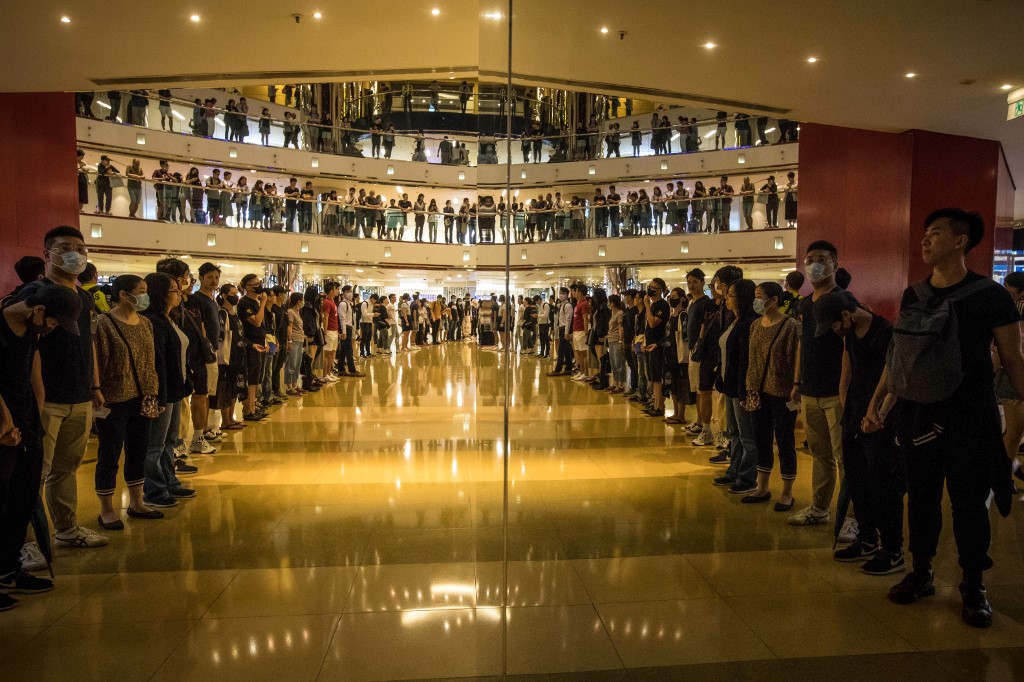 BEIJING, China – Chinese state-run media on Monday, November 4, called for a “tougher line” on democracy protesters in Hong Kong, after a weekend of violence following Beijing’s plans to tighten control over the semi-autonomous city.

Hardcore demonstrators in the financial hub smashed the windows of the official Xinhua news agency’s regional bureau on Saturday, capping another weekend of unrest that also saw scores of arrests and a gruesome attack on a pro-democracy lawmaker.

The protesters “court the indulgence extended to them by friendly local and Western media outlets, while seeking to silence those trying to put the protests in the spotlight of truth,” the daily said.

“They are doomed to fail simply because their violence will encounter the full weight of the law.”

The nationalist tabloid Global Times called in an editorial on Sunday for “Hong Kong’s law enforcement agencies to bring the mob to justice as soon as possible” for vandalising Xinhua’s office.

Neither editorial mentioned a knife attack on Sunday in Tai Koo Shing, a middle-class neighbourhood on Hong Kong’s main island where a rally had been taking place, which left at least 5 people wounded.

Live footage showed Andrew Chiu, a local pro-democracy councillor, having his ear bitten off after trying to subdue the attacker, while a second man was seen unconscious in a growing pool of blood as bystanders desperately tried to stem wounds to his back.

The city has been rocked by months of unrest from protesters who say those rights are being rolled back by an increasingly authoritarian Chinese rule.

Beijing warned on Friday after a 4-day meeting of Communist Party leaders that it would not tolerate any challenges to its authority over Hong Kong, while laying out plans to boost patriotism in the city and change how its leader is chosen or removed.

“Those Hong Kong residents whose lives have been disrupted by the intensifying violence of intimidation – instigated and organized by those hoping to use Hong Kong as a means to destabilize the nation – will be glad when life returns to normal,” the newspaper said. – Rappler.com