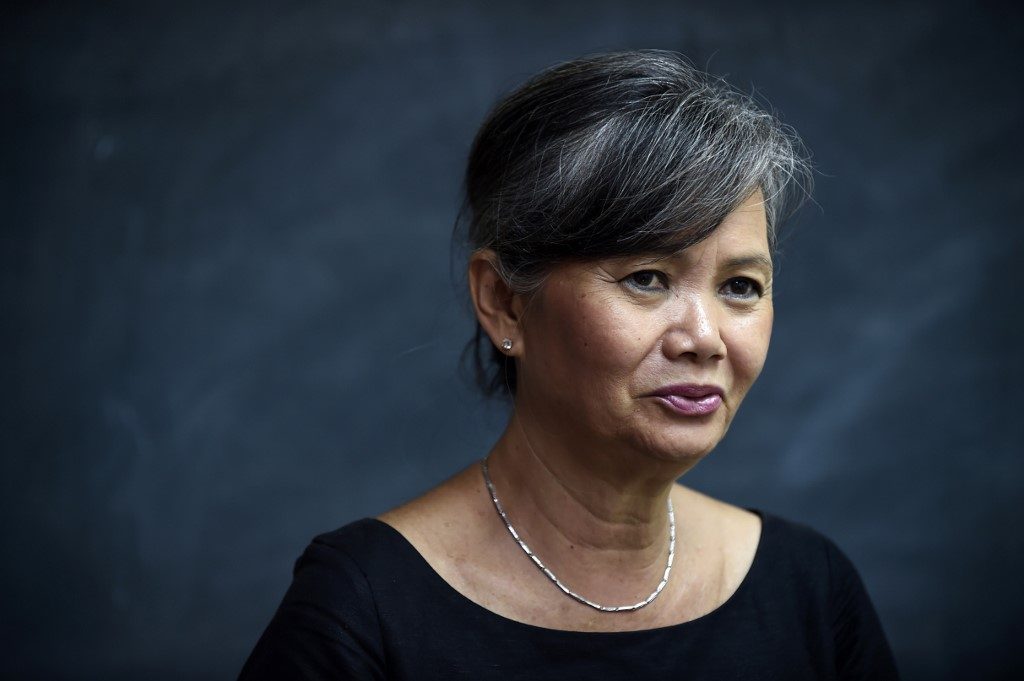 KUALA LUMPUR, Malaysia (UPDATED) – A senior Cambodian opposition figure was detained in Malaysia as she tried to fly home for the planned return of her exiled party leader, authorities said Thursday, in another win for strongman Hun Sen.

Members of the opposition are trying to get back to Cambodia to support their leader, Sam Rainsy, who wants to make a dramatic end to his exile this weekend to mark Cambodian Independence Day.

However Hun Sen, an authoritarian leader who has ruled Cambodia since 1985, has vowed not to allow Rainsy to return, and sought support from regional neighbours to thwart the opposition’s plans. (READ: Cambodia launches online disinformation campaign to repress opposition groups)

The former women’s minister had flown in from Jakarta in neighbouring Indonesia, where the Cambodian ambassador had stormed a press conference she was giving and attempted to get the event cancelled.

“She’s done nothing wrong and should be immediately released, and allowed to undertake the consultations she planned with the Malaysia government and civil society groups,” he said.

“Malaysia should stand up to Cambodia’s bullying of its regional neighbours to do Phnom Penh’s dirty work in cracking down against the opposition CNRP exiles.”

‘Make our own decisions’

Speaking in Cambodia, Hun Sen said Sochua had been stopped in Malaysia because authorities were upholding a tenet of the 10-member Association of Southeast Asian Nations not to interfere in each other’s affairs.

“(Malaysia) did not allow her to go in, what can she do to them, it’s their country,” he said.

“They cooperate with Cambodia because we are members of ASEAN who don’t interfere in each other’s internal affairs.”

Foreign Minister Saifuddin Abdullah confirmed Malaysia had received a request from Cambodia to send back certain individuals but suggested they were not going to bend to the demands.

“We are not in the position to deport people and neither do we like doing that,” he told reporters at parliament. “We make our own decisions, not because of any requests or any kind of interference from foreign countries.”

Earlier this week two other Cambodian opposition activists were arrested in Malaysia as they sought to fly to Thailand, but the country’s human rights commission says they will be processed by the UN refugee agency and then resettled in another country.

Rainsy has lived in France since 2015 to avoid jail in Cambodia for convictions he says are politically motivated.

He promised to return for Saturday’s Independence Day, and posted images of his ticket from Paris to Thailand, which neighbors Cambodia and would be a transit stop.

However Thai Prime Minister Prayut Chan-O-Cha said this week Rainsy would not be allowed to transit through the kingdom.

Hun Sen has said that arrest warrants for Rainsy have been sent to neighbouring countries, and troops have been deployed at the Thai-Cambodian border to stop him from travelling home by land.

The CNRP was dissolved in the lead-up to last year’s elections in Cambodia, which saw Hun Sen’s party win all seats in a process Western governments described as not credible. – Rappler.com