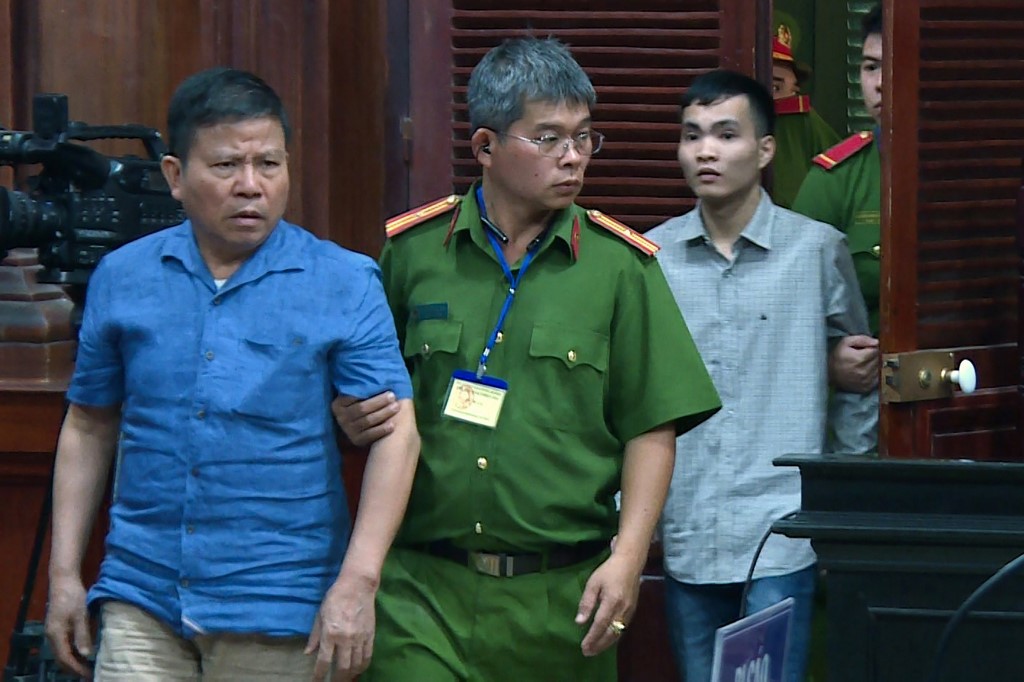 HANOI, Vietnam – Vietnam jailed a dissident with Australian citizenship for 12 years on Monday, November 11, on terrorism charges, his lawyer told AFP, in the one-party state where anti-government criticism is routinely quashed.

Chau Van Kham, who fought against the communists during the Vietnam War, belongs to the outlawed Viet Tan group and was in Vietnam for a fact-finding mission when he was arrested in January.

The 70-year-old was jailed for “terrorism against the People’s Administration” and will be deported after he serves his sentence, his lawyer Trinh Vinh Phuc told AFP.

Kham was jailed alongside Nguyen Van Vien, who got 11 years, and Tran Van Quyen who was sentenced to 10 years, both on the same charges.

“In court Kham said he did not conduct any terrorist acts, his activities were peaceful,” Phuc told AFP after the one-day trial in Ho Chi Minh City.

“Twelve years is too high,” Phuc said, adding that Kham had hoped for a sentence of less than 10 years.

His son told AFP he was “shocked” by the verdict, which could see his father remain in jail until he is over 80 if his appeal is not successful.

He was in the country to conduct human rights research and meet with activist and civil society contacts, Viet Tan told AFP.

Prosecutors accused him of giving money to Vien and spreading information about Viet Tan in Vietnam, according to state media.

Kham has been a member of the banned anti-government Viet Tan group since 2010.

It is run by members who are mostly overseas since Hanoi designated it a terrorist organisation in 2016, accusing it of “instigating violence”.

Viet Tan denies the claim and says it “advocates for social justice and democratic change through peaceful means”.

The group called for the men to be released immediately.

“We challenge the Vietnamese government to provide any evidence linking them to ‘terrorism’,” Viet Tan said in a statement Monday, accusing Vietnam of “criminalising human rights advocacy”.

Kham is a former Navy serviceman who fought on the side of the south during the Vietnam War, fleeing on a boat in 1983 after the fall of Saigon – now called Ho Chi Minh City – and eventually settling in Australia, where his wife and another son now live.

His co-defendant Vien belongs to the Brotherhood for Democracy group and was a Facebook friend of Kham.

Quyen was accused of making fake IDs for Viet Tan members, but the group says it has no association with him.

Communist Vietnam frequently jails its critics, and a conservative regime in power since 2016 has cracked down on activists in the one-party state.

Scores are currently behind bars, an increasing number for posting on Facebook since a controversial cybersecurity law was passed last year. – Rappler.com