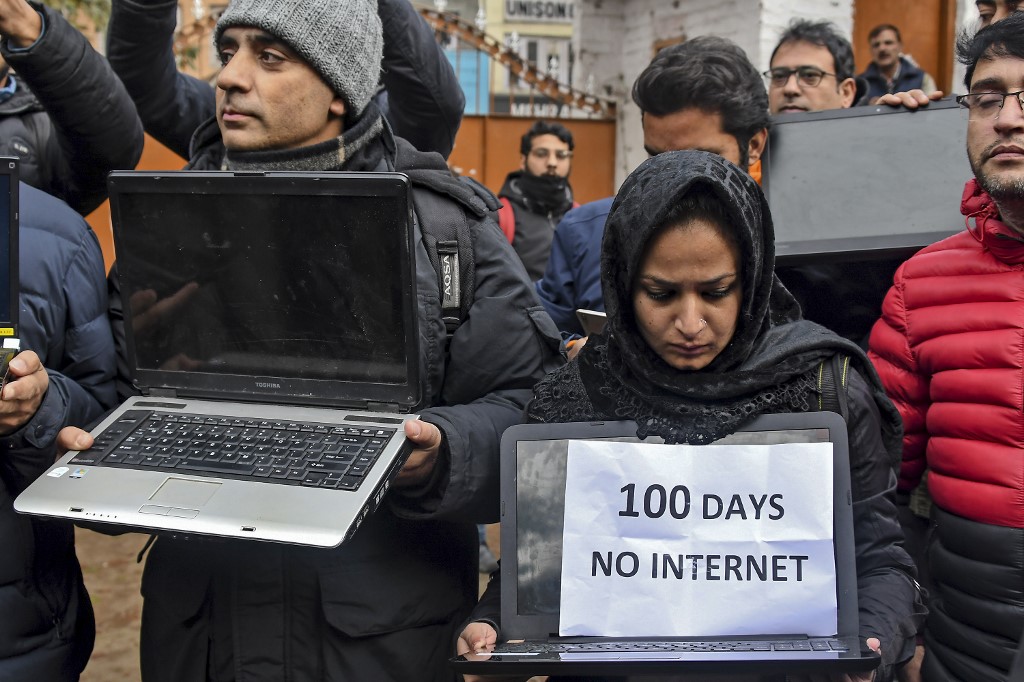 Tensions have been high since August 5 when the national government moved to bring the region under direct rule, cut telecommunications and detained thousands to quell any unrest.

Shops and businesses have remained shut to protest against the controversial decision, and children have not been going to school.

Dozens of journalists held a silent demonstration against the internet ban, holding their laptops with open with blank screens or held placards with the words “100 days no internet” and “stop humiliating Kashmir journalists”.

“The authorities have treated journalists too as potential trouble-makers and choked journalism in the process,” a freelance journalist reported AFP.

“Internet is so fundamental to journalism in this day and age. The authorities have choked our practices instead of enabling free press here,” said another journalist, Naseer Ganai.

Authorities have justified the ban as necessary to stop militants from neighboring Pakistan from using the internet to fan radicalization in the territory.

They instead set up an office with 10 internet-enabled stations for around 200 working journalists, who queue up to use the computers for 15 minutes each.

Kashmir has been split between India and Pakistan since 1947 and has sparked two wars and numerous flare-ups between the two nuclear-armed foes, most recently in February when they conducted tit-for-tat air strikes.

Pakistan on Tuesday on display a statue of an Indian pilot whose plane was shot down over Kashmir during the February skirmishes. – Rappler.com