Nov 14, 2019 12:03 AM PHT
Agence France-Presse
Facebook Twitter Copy URL
Copied
Sam Rainsy says he missed his flight from Kuala Lumpur and would catch another one to Jakarta early Thursday, November 14 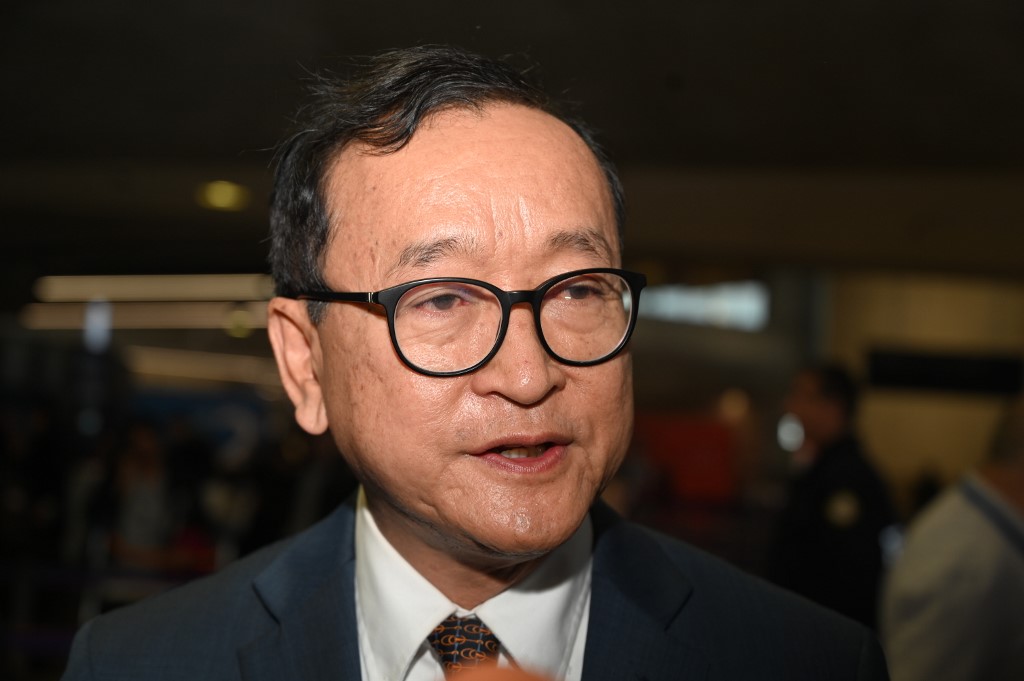 KUALA LUMPUR, Malaysia – Exiled Cambodian opposition figurehead Sam Rainsy was Wednesday, November 13, blocked from getting on a flight from Malaysia to Indonesia, an airline said, after strongman Hun Sen pressured countries in the region to bar him.

But Rainsy, who has lived in France since 2015 to avoid jail for convictions he says are politically motivated, said later he had missed the flight and would travel to Jakarta early Thursday, November 14.

The 70-year-old and other members of his party are seeking to get back to Cambodia to rally their supporters and restore democracy to the poor nation of 16 million.

But Hun Sen – who has ruled Cambodia for over 3 decades – has described their planned return as a coup bid, threatened them with arrest and urged neighboring countries to help thwart the exiles.

Rainsy failed to make it to Cambodia by Saturday, November 9, as he had pledged, but got to Malaysia – another Southeast Asian country – and vowed to stay in the region and seek to get home.

Malaysia Airlines however said it had stopped him Wednesday afternoon from boarding a flight to Indonesia – where he plans to spend several days – “under the instruction of the Indonesian authorities.”

But Indonesian immigration officials denied he was barred from entering the country, and later Rainsy said in a message to Agence France-Presse he had missed his flight from Kuala Lumpur and would catch another one to Jakarta early Thursday.

Last week Rainsy was blocked from getting on a flight in Paris to Thailand, from where he hoped to cross into Cambodia, forcing him instead to fly to Malaysia.

His Cambodia National Rescue Party was dissolved ahead of elections last year, paving the way for the ruling party to win all the seats in parliament.

After facing international pressure over the opposition crackdown, Hun Sen at the weekend released Kem Sokha, the co-founder of the CNRP, from house arrest. He was charged with treason in 2017. – Rappler.com