Nov 16, 2019 10:57 PM PHT
Agence France-Presse
Facebook Twitter Copy URL
Copied
The Federal Prosecutor accuses Nasim A. of having gone to Syria in late 2014 to live on ISIS territory. She later married an ISIS fighter in early 2015 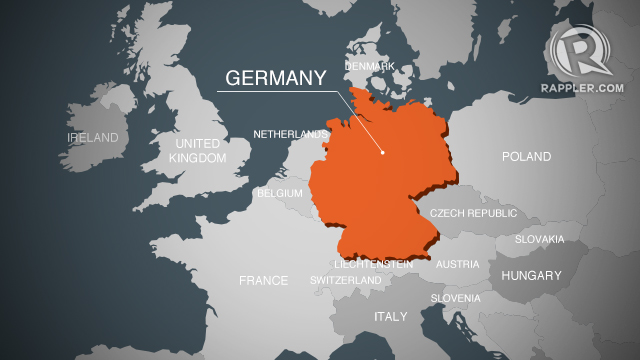 FRANKFURT AM MAIN, Germany – A woman with German nationality suspected of ties to the Islamic State (ISIS) group was detained as soon as she landed in Germany after being expelled from Turkey, prosecutors said Saturday, November 16.

The woman, known only as Nasim A., was expelled from Turkey with another woman and was detained at Frankfurt airport on Friday, November 15, the federal prosecutor’s office said.

On Saturday, a federal court judge ordered her temporary detention upon the request of federal prosecutors.

The other woman was handed over to the police in Lower Saxony, who later released her.

Turkey began deporting foreign jihadists on Monday, November 11, and has criticized Western countries for refusing to repatriate their citizens who left to join ISIS in Syria and Iraq.

The Federal Prosecutor accuses Nasim A. of having gone to Syria in late 2014 to live on ISIS territory. She married an ISIS fighter in early 2015 and later settled in Iraq.

The woman is said to have taken care of the household and received around $100 a month in cash so her husband could be available for the jihadist group.

She owned a Kalashnikov assault rifle.

The couple later went to back to Syria, where she was arrested in early 2019 by Kurdish security forces.

She was on Saturday, to appear before the Federal Court which could issue a formal arrest warrant and order her detention on remand.

Turkey on Thursday also deported a man with suspected radical Islamist connections and his family to Germany.