North Korea ‘no longer interested’ in summits with U.S. – KCNA 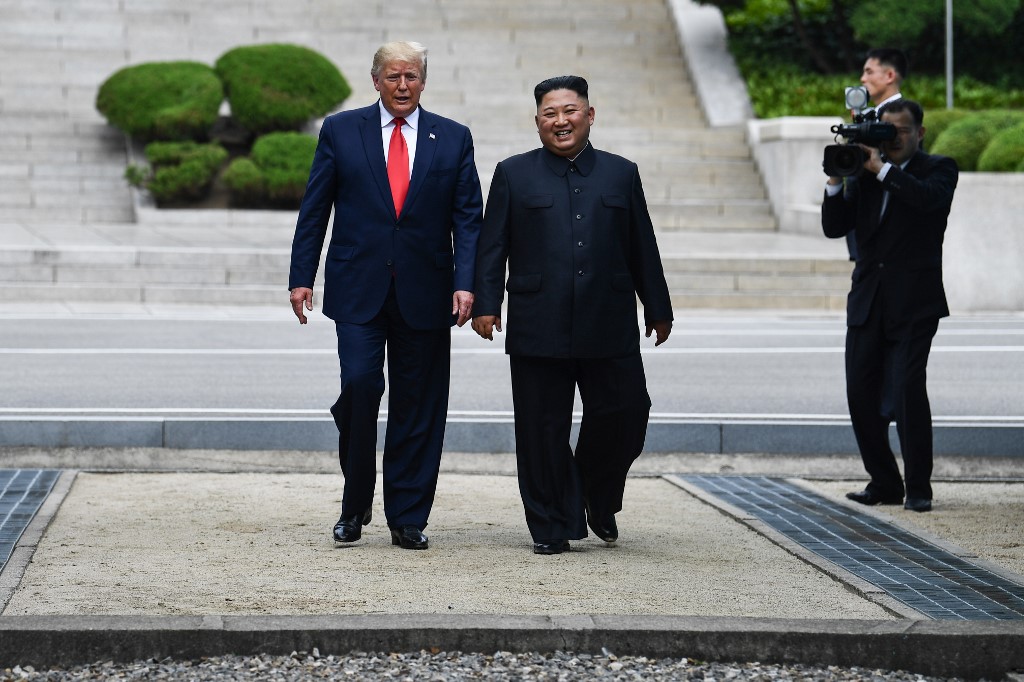 SEOUL, South Korea – North Korea is “no longer interested” in summits with the US unless Washington offers new concessions in their nuclear negotiations, Pyongyang said Monday, November 18, hours after Donald Trump hinted at the prospect.

Kim and Trump have met 3 times since June last year, but talks have been gridlocked since their Hanoi summit in February broke up in disagreement over sanctions relief, while October’s working-level talks rapidly broke down in Sweden.

Pyongyang has set Washington a deadline of the end of the year to come forward with a fresh offer, and foreign ministry adviser Kim Kye-gwan said the US was stalling while “pretending it has made progress.”

He interpreted Trump’s tweet as a signal for a new summit, he said in a statement carried by state news agency KCNA, but declared: “We are no longer interested in such talks that bring nothing to us.”

“We will no longer gift the US president with something he can boast of,” he went on, adding the North should be compensated for the “successes” that President Trump touted as his own achievements.

The implied criticism of Trump by name is a departure for Pyongyang, which has long limited its frustration to other administration officials.

Last month, adviser Kim declared: “Contrary to the political judgment and intention of President Trump, Washington political circles and DPRK policy makers of the US administration are hostile to the DPRK for no reason,” using the initials of North Korea’s official name.

In September he was fulsome in his praise for the US leader, saying that Trump was “different from his predecessors” and that he placed his hopes in “President Trump’s wise option and bold decision.”

But as the North’s deadline approaches it has issued a series of increasingly assertive statements – while also carrying out a number of weapons launches.

Washington should withdraw its “hostile policy” if it wants dialogue to continue, Kim said Monday, without elaborating further.

Trump’s tweet came after Washington and Seoul agreed to postpone annual joint aerial exercises to create space for diplomacy with Pyongyang, which condemns such drills as preparations for invasion. – Rappler.com