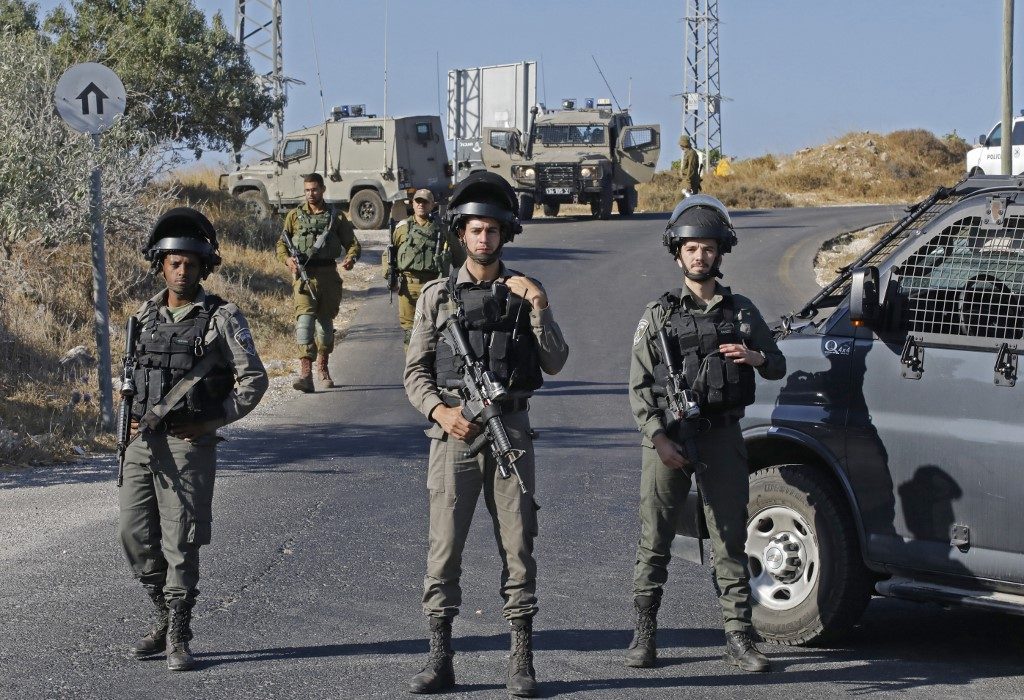 Facebook Twitter Copy URL
Copied
US State secretary Mike Pompeo tells reporters, the US has concluded that 'the establishment of Israeli civilian settlements in the West Bank is not, per se, inconsistent with international law'

WASHINGTON DC, USA – The United States no longer believes that Israeli settlements in the Palestinian territories are illegal, Secretary of State Mike Pompeo announced Monday, November 18, in the latest pro-Israel shift by Washington.

The statement puts the United States at odds with virtually all countries as well as UN Security Council resolutions and was hailed by Israeli Prime Minister Benjamin Netanyahu, a close ally of President Donald Trump who is days away from potentially losing office.

“After carefully studying all sides of the legal debate,” Pompeo told reporters, the United States has concluded that “the establishment of Israeli civilian settlements in the West Bank is not, per se, inconsistent with international law.”

“Calling the establishment of civilian settlements inconsistent with international law hasn’t worked. It hasn’t advanced the cause of peace,” Pompeo said.

Pompeo said that the United States was not necessarily considering the settlements legal either but instead would defer to the judgment of Israeli courts.

The Palestinian Authority – which has refused negotiations through the Trump administration, which it considers biased – denounced the latest decision.

Washington is “not qualified or authorized to cancel the resolutions of international law, and has no right to grant legality to any Israeli settlement,” Palestinian presidential spokesman Nabil Abu Rudeinah said in a statement.

But Netanyahu said that the US shift “rights a historical wrong” for the 600,000 Israeli settlers who live in the West Bank and east Jerusalem among around 2.9 million Palestinians.

“This policy reflects an historical truth – that the Jewish people are not foreign colonialists in Judea and Samaria. In fact, we are called Jews because we are the people of Judea,” he said in a statement, using the biblical term for the West Bank.

The move will surely be interpreted as a boost for Netanyahu as his centrist rival, Benny Gantz, has only two days to form a government after inconclusive elections.

Pompeo denied a motivation to prop up Netanyahu, saying: “The timing of this was not tied to anything that had to do with domestic politics anywhere in Israel or otherwise.”

Until now, US policy was based, at least in theory, on a legal opinion issued by the State Department in 1978 which said that settlements in the Palestinian territories captured a decade earlier by Israel went against international law.

The Fourth Geneva Convention on the laws of war explicitly forbids moving civilians into occupied territories.

While the United States has generally vetoed Security Council measures critical of Israel, previous president Barack Obama, exasperated with Netanyahu, in his final weeks in office allowed the passage of Resolution 2334 that called Israel’s settlements a “flagrant violation” of international law.

Previous US administrations have also criticized settlements to varying degrees.

“Not only do these settlements violate international law — they make peace harder to achieve,” she tweeted.

“And it puts Israel further down a path that has a terrible choice at the end — become a non-Jewish state or become a permanent apartheid state,” Murphy said.

Pompeo said he was releasing a “legal review” and not taking on whether Israel should build more settlements.

But Israel has already been increasingly emboldened. The activist group Peace Now said that Israel has approved 8,337 housing units in the year through October, an increase of 50 percent from a year earlier.

Israel dismantled homes in the Gaza Strip when it withdrew in 2005 and draws a distinction between settlements and construction in east Jerusalem, which has been annexed by the Jewish state.

Netanyahu vowed in his latest election campaign also to annex large parts of the West Bank, a move that would effectively end a two-state solution.

Trump, whose evangelical Christian base is staunchly pro-Israel, has taken a number of landmark steps including recognizing Jerusalem as the Jewish state’s capital and cutting off aid to the UN agency that provides schooling to Palestinian refugees.

The latest step puts the United States at stark odds with the European Union, whose top court ruled last week that goods from Israeli settlements must be labeled as such. – Rappler.com