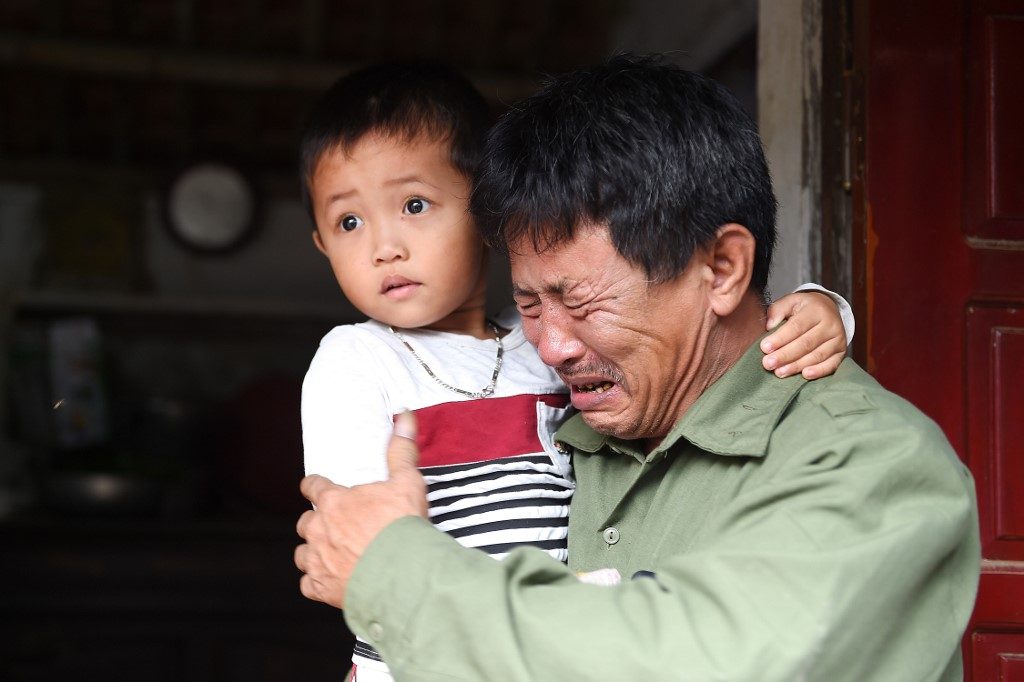 HANOI, Vietnam – Some families of the 39 Vietnamese people found dead in a truck in Britain last month will borrow money from the government to repatriate their relatives’ remains, they told the Agence France-Presse (AFP) on Tuesday, November 19.

Vietnam’s foreign ministry said they would help to bring either the ashes or the bodies of the victims back – but that families would have to cover the cost of repatriation.

The price to bring ashes back in a jar was $1,774, while the fee to repatriate a body was $2,858, according to an official document shared with the families and seen by AFP.

Families in central Vietnam, where many of the 39 victims come from, said they were desperate to bring their loved ones back nearly four weeks after the tragedy, despite the steep loans they will have to take on.

“We’re in deep pain, we just want him back soonest,” said Le Minh Tuan, whose 30-year-old son was among the victims found on October 23 in a refrigerated container in Essex.

“We’ll pay any price, whether I have to sell my house or my land, I am determined to bring him back,” said Tuan, whose son Le Van Ha left behind two young children and a wife.

The family already borrowed more than $30,000 to send Ha to Europe, a huge sum in his province of Nghe An where the average annual per capita income is around $1,200.

Tuan said he will opt to bring his son’s body back instead of ashes so he can give him a traditional burial.

Cremation is not common in rural Vietnam where the majority of the 39 victims come from, and bodies are normally buried several days after death.

The foreign ministry urged families to opt for cremation “to ensure speed, low cost and sanitation safety”, according to the document.

Vo Thi Hong said the family would take on a bigger debt to give her brother Vo Nhan Du a traditional funeral.

“Our priority is to bring him back. We’ll think about how to pay the loan later,” she told AFP.

The majority of the victims come from Ha Tinh and Nghe An provinces in central Vietnam, impoverished parts of the country where the main source of income is fishing, farming, or factory work.

Many families took on thousands of dollars of debt to send their kids to Britain, where they hoped they would land good jobs to send money back home — and pay back their loans.

The incident laid bare the dangers of illegal migration in Britain, a top destination for Vietnamese nationals who often work in cannabis farms or nail bars.  – Rappler.com