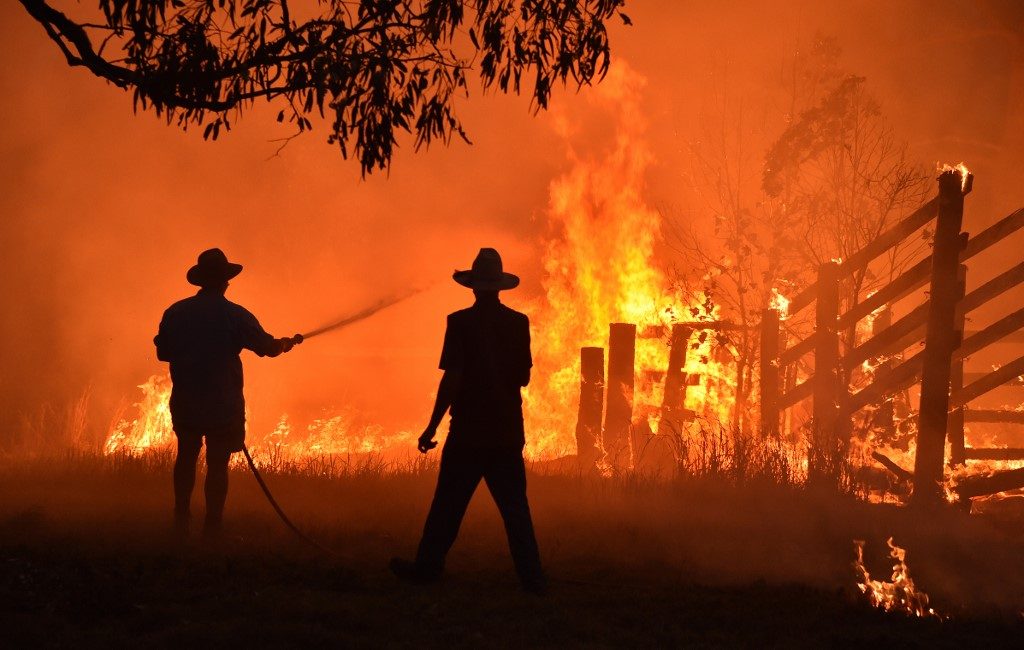 Facebook Twitter Copy URL
Copied
The Country Fire Authority chief tells people living in rural areas to leave for the safety of cities. 'We are saying, 'do not be there, do not be there when a fire occurs, because you will not survive if you are there'

SYDNEY, Australia – The fire danger was elevated across wider swathes of southern Australia on Thursday, November 21, with residents warned to avoid at-risk areas as smoke from bushfires choked Sydney and other major cities.

Devastating fires along the country’s east coast have claimed 6 lives and destroyed more than 500 homes since mid-October, with climate change and unseasonably hot, dry conditions fuelling the unprecedented blazes.

Now the fire danger has moved into states further south, with a so-called “Code Red” – the highest possible fire risk in Victoria – being declared in the state’s northwest for the first time in a decade.

“There is a good chance if a fire occurs that your home will be destroyed.”

The fire danger was also elevated to “severe” in the island state of Tasmania off mainland Australia’s southeastern coast, where a total fire ban was declared.

Two bushfires in the state’s northeast did not pose an immediate threat to residents, the Tasmania Fire Service said.

More than 110 fires are still burning in worst-hit New South Wales and neighbouring Queensland, while in South Australia more than 40 fires broke out during catastrophic fire conditions Wednesday, November 20.

A South Australia Country Fire Service spokeswoman said all of those blazes had been brought under control or extinguished by Thursday, with the exception of a major fire on the Yorke Peninsula that had come perilously close to a small town.

Conditions were expected to ease in the coming days in South Australia, where the state capital Adelaide was also shrouded in bushfire smoke and residents were being told to stay indoors for health reasons.

Bushfire-prone Australia has experienced a horror start to its fire season, which scientists say is beginning earlier and becoming more extreme as climate change pushes temperatures higher and saps moisture from the environment after months of severe drought.

Growing calls to curb fossil fuels and drastically cut greenhouse gas emissions are being ignored by the country’s conservative government, which is eager to protect its lucrative mining industry.

The country is bracing for challenging fire conditions to continue throughout the Southern Hemisphere summer. – Rappler.com