Nov 21, 2019 4:29 PM PHT
Agence France-Presse
Facebook Twitter Copy URL
Copied
In a commentary, North Korea accuses the South of failing to carry out agreements reached between the two Koreas and harming cross-border ties by relying on the United States 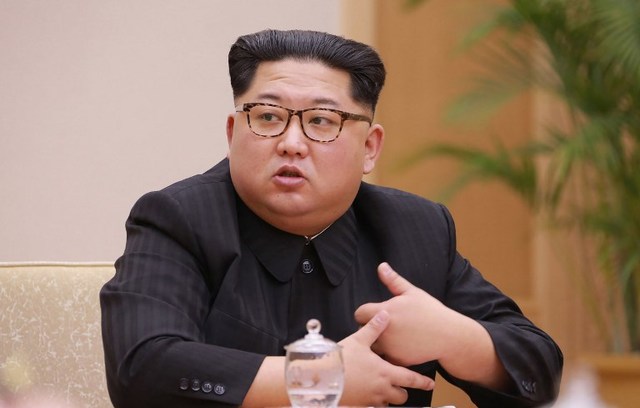 South Korea is due to host a summit with Southeast Asian leaders in its port city of Busan from next Monday, and Moon had previously expressed hope that Kim would attend.

In a commentary, it accused the South of failing to carry out agreements reached between the two Koreas and harming cross-border ties by relying on the United States.

“How can we sit face to face and solve things with such a partner entrusting everything to the outsider without any independence and self-standing attitude,” the agency said.

Given the failure of past summits, a North-South meeting for “mere form’s sake would be pointless”, it added.

KCNA said Seoul had asked Pyongyang to send a special envoy if Kim could not attend.

Moon, who has long championed engagement with nuclear-armed Pyongyang, held three meetings with the North Korean leader last year and brokered the first landmark summit between Kim and US President Donald Trump.

But contact between the two Koreas stalled after the collapse of a second Trump-Kim summit in February.

Since then, Pyongyang has excoriated its neighbour over joint military drills with the United States and has suspended virtually all inter-Korean cooperation in recent months.

Negotiations between Pyongyang and Washington over the North’s nuclear weapons have been gridlocked since the February summit collapsed without an agreement.

North Korea has since set Washington a deadline of the end of the year to come forward with a fresh offer and has issued several statements in recent weeks threatening to pull out of talks. – Rappler.com