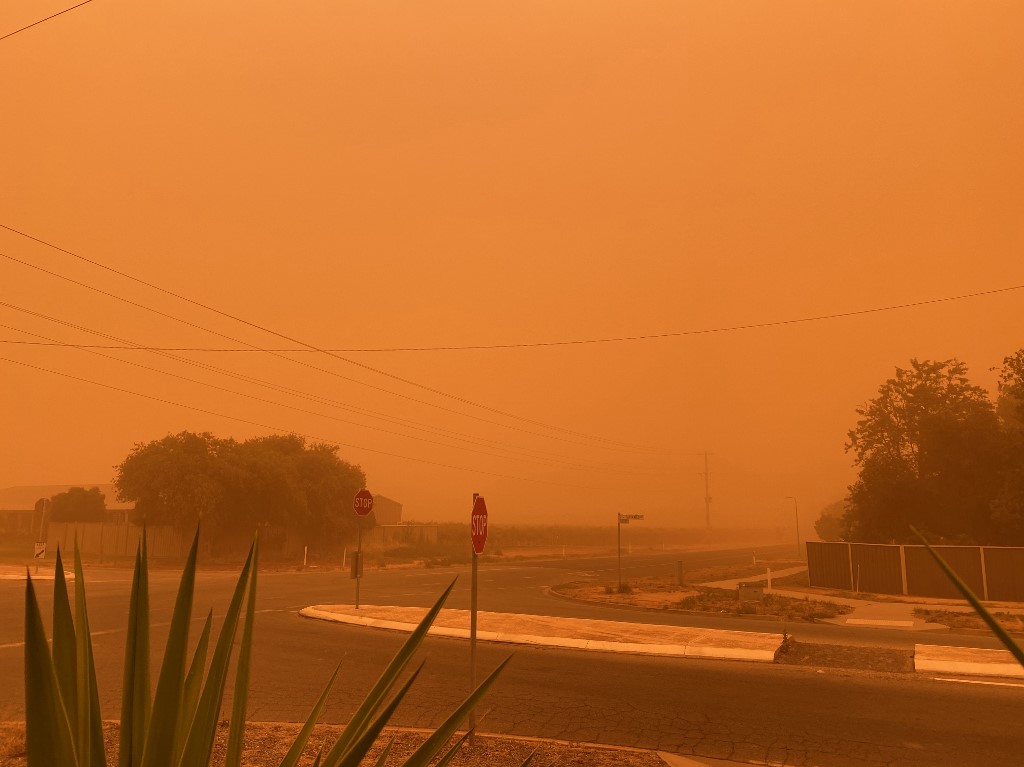 As dozens of new blazes scorched the countryside and the country’s largest city was cloaked in hazardous smoke, conservative leader Scott Morrison defended his climate record, saying Australia was “doing our bit.”

His comments came after weeks spent refusing to speak about the link between climate change and deadly fires described by the emergency services as unprecedented in number and scale for the early bushfire season.

As more people in the southeast of the country were told to evacuate their homes and schoolchildren in Sydney were again forced to play indoors, Morrison dismissed mounting calls for action.

“The suggestion that any way shape or form that Australia – accounting for 1.3% of the world’s emissions… are impacting directly on specific fire events, whether it is here or anywhere else in the world, that doesn’t bear up to credible scientific evidence,” he told ABC radio.

Scientists, former fire chiefs and residents touched by bushfires have all drawn the link between this season’s more intense fires and climate change.

Drought, unseasonably hot, dry and windy conditions have fuelled the unprecedented blazes. Scientists believe many of those factors are made worse by rising global temperatures.

On Thursday bushfires burned across every region of Australia with residents in Victoria warned to leave high-risk areas and officials in New South Wales reporting more than 600 homes have been destroyed in recent weeks.

Australia has signed up to globally agreed climate targets to help limit warming, but its emissions continue to rise and targets are only being met with the use of some creative carbon accounting – using credits gained in past decades.

The country committed to cut emissions to 26-28% below 2005 levels by 2030 under the 2016 Paris climate accord, but emissions have risen every year since then.

And while Australia’s burning of fossil fuels accounts for only a fraction of global emissions, coal dug up Down Under and burned around the world makes the country a major emissions exporter.

Devastating fires along the country’s east coast have claimed six lives since mid-October.

Now the fire danger has moved into states further south, with more than 60 fires breaking out in Victoria on Thursday — including five at “emergency” level — after a so-called “Code Red” fire danger was declared for the first time in a decade.

Victoria Emergency Services Minister Lisa Neville said firefighters were batting “some of the worst conditions that you’d expect to see, often in February or March, and we’re seeing them in November”.

The Bureau of Meteorology said “large areas” of central and eastern Victoria broke maximum temperature records for November — including in Melbourne where the mercury reached 40.9 Celsius — while a dramatic dust storm swept through the town of Mildura, turning the sky a vivid orange.

The fire danger was also elevated to “extreme” in the island state of Tasmania off mainland Australia’s southeastern coast, one of several areas where a total fire ban was declared.

For the second time in three days, smoke from bushfires blanketed Sydney, Australia’s biggest city and an area that is home to more than five million people, sending air quality plummeting to hazardous levels.

In South Australia, the state capital Adelaide was also shrouded in bushfire smoke and residents were being told to stay indoors for health reasons.

More than 110 fires are still burning in worst-hit New South Wales and neighbouring Queensland, while in South Australia more than 40 fires broke out during catastrophic fire conditions Wednesday.

The country is bracing for challenging fire conditions to continue throughout the Southern Hemisphere summer.  – Rappler.com