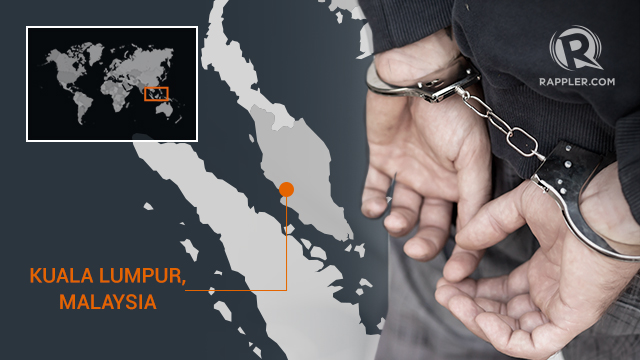 With a fairly open visa regime and relatively developed telecommunications infrastructure, Malaysia has become a hotspot for foreigners looking to set up centers to run online scams.

Some suspects attacked security officials while others fled as a huge team from the immigration department launced a dramatic early morning raid on the 6-story premises south of the capital Kuala Lumpur.

Photos from Wednesday’s raid showed people standing behind rows of desks mounted with computers, hands held behind their heads, while others sat huddled together on the floor.

Officials seized more than 8,000 phones and almost 1,000 computers used to run the scam, which targeted victims in China by offering fast profits in return for investments.

About 100 suspects managed to escape from the building, and officials are trying to track them down.

Those captured – 603 men and 77 women – had entered Malaysia on a type of visa intended for tourists or visiting friends, but not for work, said immigration chief Khairul Dzaimee Daud.

Acting on a public tip-off, he said officials conducted surveillance on the building for almost a month before the raid. – Rappler.com