Nov 21, 2019 9:24 PM PHT
Agence France-Presse
Facebook Twitter Copy URL
Copied
Simon Cheng says he felt he had no choice but to make a filmed confession to 'soliciting prostitution,' a charge he says was offered by police as an alternative to 'indefinite criminal detention' 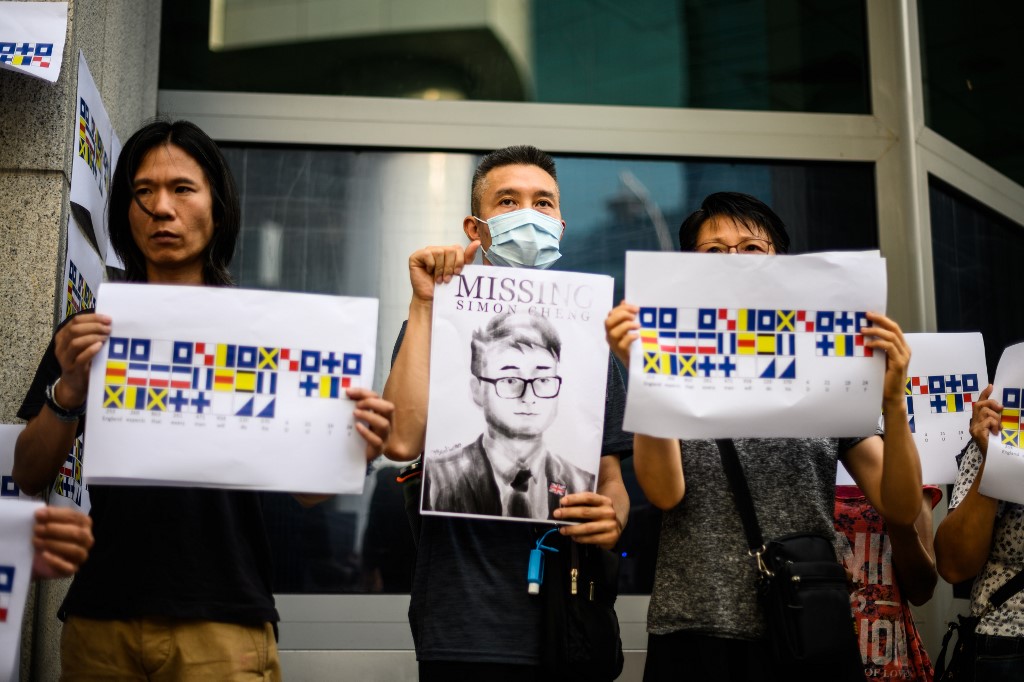 BEIJING, China – Chinese police published Thursday, November 21, a video purporting to show a former employee of the British consulate in Hong Kong confessing to soliciting prostitutes, after Britain backed his allegation that he was tortured over pro-democracy protests.

The case has added to tensions between Beijing and London over the demonstrations that have roiled the former British colony for months.

Simon Cheng, a Hong Kong citizen, said on Wednesday he was shackled to a steel “tiger chair”, hung spread-eagled on a “steep X-Cross” and beaten by secret police while he was detained in the southern mainland city of Shenzhen for 15 days in August.

Cheng said in a statement on Facebook that police had accused him of being a British spy and questioned him about London’s role in protests that have wracked the semi-autonomous city for months.

Cheng said he felt he had no choice but to make a filmed confession to “soliciting prostitution”, a charge that he said was offered by police as an alternative to “indefinite criminal detention”, and that he had not been allowed to contact his family.

He added in the statement that he had “got a massage for relaxation after work hours”.

Shenzhen police on Thursday posted a video on the Twitter-like Weibo platform purporting to show Cheng entering and leaving a room in a “clubhouse” multiple times.

AFP could not immediately verify the video, which also contained separate footage in which Cheng is asked why he does not want police to tell his family about his detention.

Cheng says this is because it is a “shameful incident”, adding that he feels “too ashamed to meet my girlfriend and my family”.

“I am determined to mend my ways and I will never make the same mistake again,” he says.

He is not heard speaking about prostitutes.

The video, initially published on Weibo and Twitter by the state-run People’s Daily, was accompanied by a description that said Cheng had confessed to hiring sex workers 3 times in half a month.

Cheng was placed in administrative detention after visiting the southern Chinese city of Shenzhen in August.

He said in his statement that police hand given him a “script” with questions and answers “totally designed by them in advance” for a filmed confession.

British Foreign Secretary Dominic Raab said Wednesday that Cheng’s allegations are credible and that the treatment “amounts to torture”.

Raab told BBC radio that he summoned the Chinese ambassador to denounce the “disgraceful” and “outrageous behaviour from the authorities in China” which violate international law.

Amnesty International also said Cheng’s testimony was credible because his allegations were “in line with the endemic torture and other ill-treatment in detention we have repeatedly documented in mainland China”.

Cheng, who has said he was asked to resign from the consulate, could not be immediately reached for comment about the video. In his Facebook post, he said he would not be making further statements. – Rappler.com