Nov 22, 2019 6:51 PM PHT
Rappler.com
Facebook Twitter Copy URL
Copied
Resistance continues in this part of the city despite the arrest of some protesters 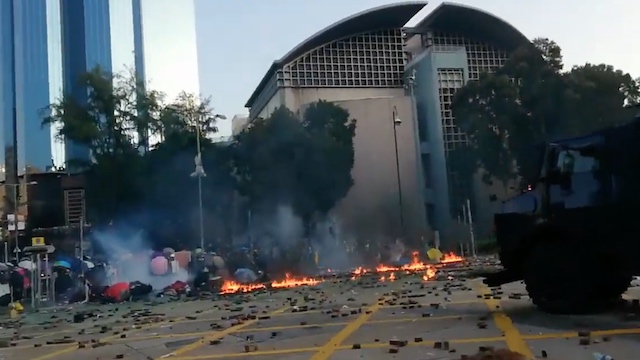 HONG KONG – Despite the surrender of some protesters, die-hards continued to hold out at the Hong Kong Polytechnic University (PolyU).

Nearly 6 months of massive anti-China protests have shifted to the PolyU campus, a stone’s throw away from the city’s harbour, where hardcore protesters continue to hold off riot police with Molotov cocktails, bricks, and arrows.

Estimates put the number of remaining protesters at less than a hundred, with 8 of them surrendering to the police on Friday, November 22.

Some protesters were arrested on Thursday, November 21, as they emerged from a sewer, in an attempt to escape the police barricade around campus.

Tommy Walker files this report in the frontlines on Friday. – Rappler.com