Nov 23, 2019 11:20 PM PHT
Agence France-Presse
Facebook Twitter Copy URL
Copied
Businessman Yorgen Fenech requests a pardon or some form of arrangement to tell the police all he knows about the murder of Daphne Caruana Galizia, possibly exposing more people in connection with the case 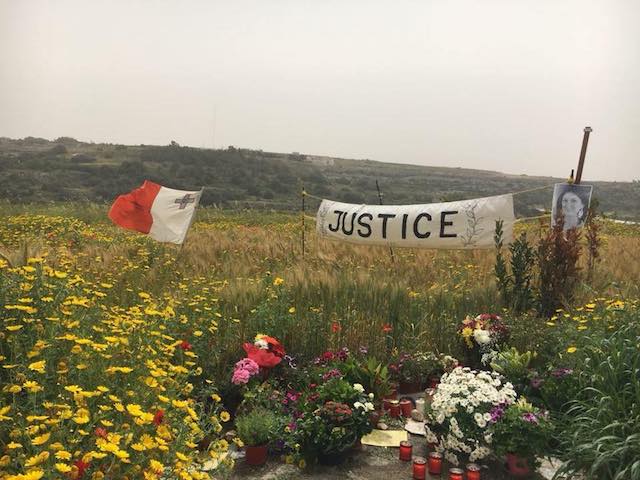 VALLETTA, Malta – The main suspect in the murder of investigative journalist Daphne Caruana Galizia wants a pardon before he tells all he knows about the killing, sources close to the investigation told Agence France-Presse.

Businessman Yorgen Fenech made the request – for a pardon or some kind of immunity – on Saturday, November 23, as police continued questioning him over his alleged involvement in the murder.

Police sources said the businessman was later taken ill at the police headquarters and transferred to hospital for treatment. His condition is not known.

The brazen 2017 assassination of Caruana Galizia, described by supporters as a “one-woman WikiLeaks,” sparked outrage and protests in the Mediterranean island.

The government repeatedly refused to open a public inquiry into the killing, but made a surprise U-turn in September.

Fenech, who reportedly owns a company Caruana Galizia alleged of links to corruption, was detained on his yacht at dawn on Wednesday as he tried to sail away from Malta.

Just a day earlier Prime Minister Joseph Muscat had promised to pardon a suspected middleman, Melvin Theuma, if he named the person who ordered the attack.

Theuma was also hospitalized on Friday after complaining of pains, but was released a few hours later and taken back to the police headquarters for questioning.

Investigators have described Fenech as “a person of interest” in the murder of Caruana Galizia, who used her blog Running Commentary to report on corruption in Malta.

Caruana Galizia was killed in a car bomb blast near her home in the small village of Bidnija in northern Malta, on October 16, 2017. She was 53 years old.

Three men already face trial for allegedly carrying out the killing, but the mastermind has not yet been identified.

Fenech is now requesting a pardon or some form of arrangement to tell the police all he knows about the murder – and possibly expose more people in connection with the case. The decision on whether to accept the request lies with Muscat.

Fenech comes from a wealthy family with a sprawling business empire, from energy to hotels. A leaked Malta Financial Intelligence Analysis Unit (FIAU) report identified him as the owner of a company in Dubai called 17 Black.

Caruana Galizia had written in her blog about 17 Black some 8 months before her death, alleging it had connections to high-level Maltese politicians.

On Friday, a police source said they were also questioning Fenech over possible links to money laundering and drugs.

Muscat’s offer of a pardon for Theuma is conditional on the information about the assassination being corroborated. So far, the information has satisfied investigators, sources told Agence France-Presse. – Rappler.com