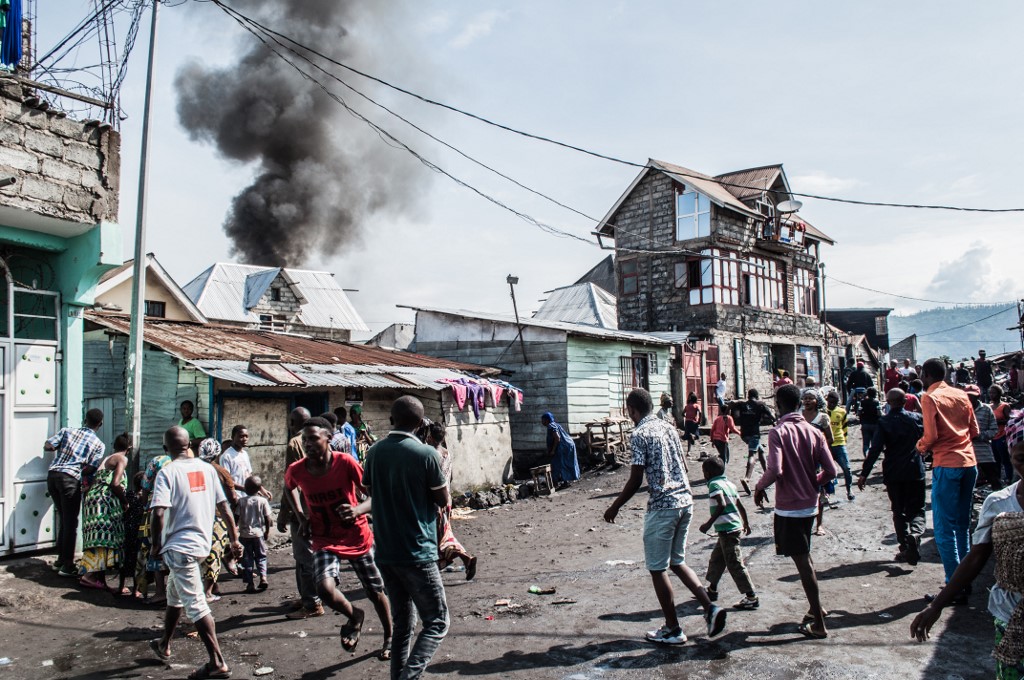 A survivor among the 19 people – 17 passengers and two crew members – who were aboard the plane was taken to hospital along with 16 others injured on the ground, the North Kivu regional government said.

“At this stage, 29 bodies have been found in the rubble,” the statement said.

The first images from the scene showed smoke billowing above the neighbourhood and the aircraft in flames with local people throwing buckets of water on it.

A video seen by AFP showed the cabin of the plane still smouldering embedded in the wall of the house.

The aircraft had been headed for the city of Beni, 350 kilometers (220 miles) north of Goma, when it went down after takeoff in the residential area.

Busy Bee airline staff member Heritier Said Mamadou had earlier confirmed that 19 were on board the flight scheduled from Goma around 9:00 am (0700 GMT).

The pilot “failed in his takeoff,” Nord Kivu governor Carly Nzanzu Kasivita said in a statement.

One of the airline’s maintenance workers at the site, quoted by news site actualite.cd, blamed a “technical problem”.

Among the victims of the Goma crash was a woman who was the coordinator of an association for the defence of women’s rights, Mambo Zawadi, her NGO said.

There were also three civil servants in the housing sector “who were returning to their posts in Butembo and Beni after work sessions that I had organised,” their supervisor Molendo Sakombi said in a statement.

Last month an Antonov-72 cargo plane that was providing logistical assistance for a trip by Congolese President Felix Tshisekedi and carrying 8 crew and passengers went missing after taking off from Goma.

Goma is the capital of troubled North Kivu province near the border with Rwanda.

The plane’s destination, Beni, has been the scene of other tragedies in the province plagued with fighting between rival militias. More than 60 civilians have been massacred since October 30.

The failure of the army and police to stop the killings has prompted protests by civilians, the latest one on Friday.

The Nord Kivu governor went to Beni to calm the citizens and on Sunday offered condolences to the families of the victims of the plane crash.

Beni has also been at the epicenter of an Ebola epidemic which so far has killed around 2,200 people in DR Congo in the last year. – Rappler.com