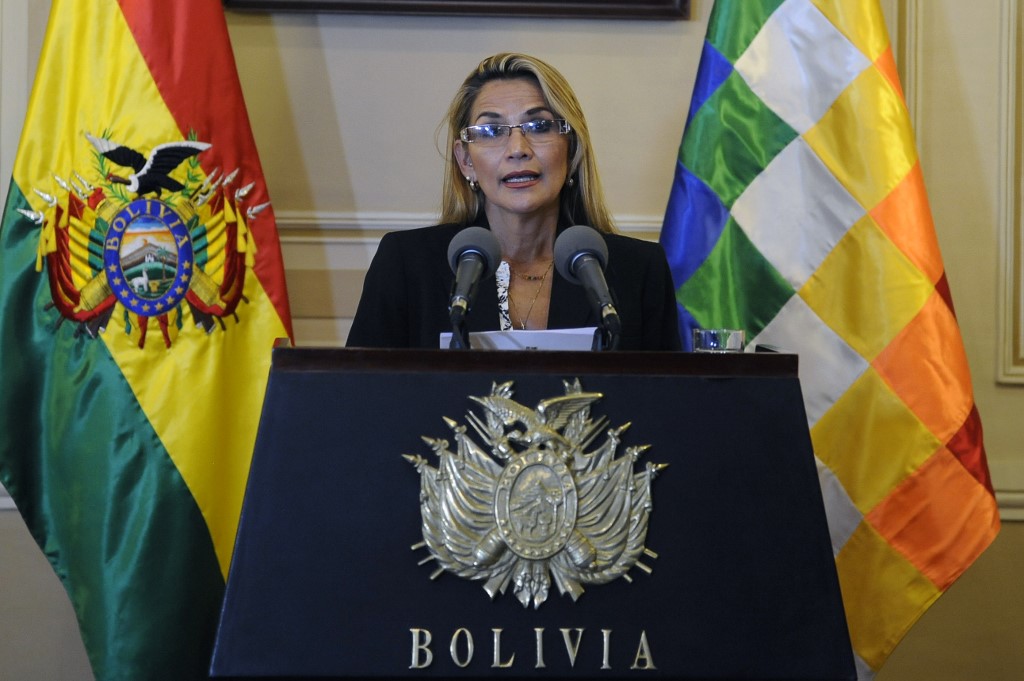 At least 32 people have been killed in violence that erupted after a disputed election on October 20, with blockades causing severe fuel and food shortages in La Paz and other cities.

Congress on Saturday gave the green light for a new ballot without Morales, Bolivia’s first indigenous president who had been seeking a fourth term after ruling the Andean country for nearly 14 years.

He fled to Mexico, where he was granted political asylum following his November 10 resignation after losing the support of the military.

“We are going to recover democracy with democracy,” Anez said at the government palace.

Among other things, the law annuls the results of the October 20 vote and allows for new elections.

It also bars candidates who served in both of the two previous terms from seeking re-election for the same position.

That prevents Morales from contesting the presidency in the new ballot.

The next step will be for Congress to agree on a new 7-member electoral court, after members of the previous panel were removed for allegedly manipulating results.

The tribunal will be tasked with setting a date for the new vote. Once that happens, the election must be held within 120 days.

New elections are seen as key to ending Bolivia’s worst political upheaval in 16 years, which has deepened divisions between indigenous people loyal to Morales and Bolivia’s mainly city-dwelling middle and upper classes.

The move comes amid ongoing dialogue between the caretaker government and opposition groups aimed at ending violence and lifting crippling road blocks.

A potential breakthrough in the crisis came Friday when the government announced it would hold talks with opposition groups to “pacify the country” and lift blockades on key transport routes, including the highway from La Paz to Bolivia’s agricultural heartland Santa Cruz.

Discussions began Saturday and are expected to continue Sunday.

“The pacification process is getting closer,” Jerjes Justiniano, chief of the cabinet, tweeted early Sunday.

A key demand of the protest groups is the repeal of Anez’s presidential decree granting security forces immunity from prosecution for acts of violence. – Rappler.com